If I could describe Jaguar Love‘s performance in a sentence, I would say ‘rock music version of Where the Wild Things Are. When lead singer Johnny Whitney took the microphone, he called everyone forward like a pervert inviting a young girl to his car. It was a good move, as the venue was quite empty, and this created a much better (and more appropriate) atmosphere.

The band consisted of a drummer, a guitarist and a mad singer. They had a lot of help from some hidden technological wonder, with a synthesised beat and bass being switched on before each song. What I didn’t understand was why they bothered with computerised drums when they had a perfectly good drum kit right there.
The performance was pretty much just the lead wailing and flapping about a lot. There was definitely a screamo influence in there. The lead made me laugh, the image of him screaming “sleeping in the sunshine” like it was one of the most hardcore, influential things in his life’s journey will stay with me for a long time.
The instrumentals were mediocre. If it wasn’t for the lead showman it wouldn’t have been much to watch. The guitarist tried singing a bit, but he shouldn’t have. He should have stuck to his guitar, as at least he was fairly good at that.

All in all, it was an interesting gig, but not a night I’d like to repeat any time soon. I have a feeling this is a band whose songs sound much better coming from a digitally remastered track than live. 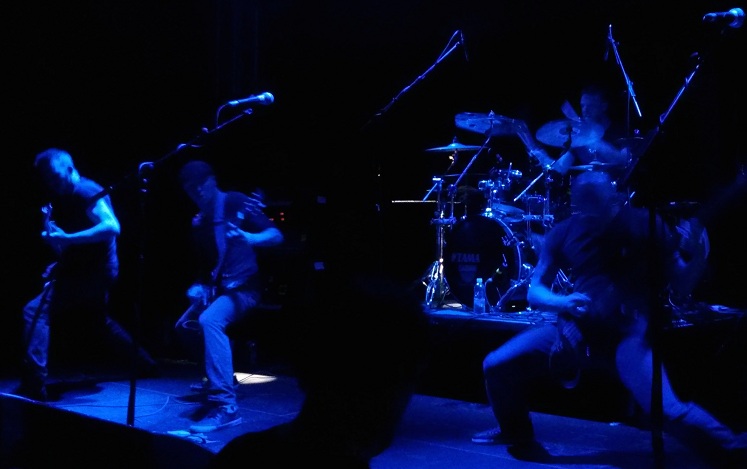