It is always tricky to release a come back album after nine years.

It is even harder if you are Stone Temple Pilots, who by their own nature have never been a band willing to conform to the trend of the moment and have always done things their own way.

Nevertheless, it is always with a mixture of excitement and terror that fans await the come back, self-titles album: what if they changed dramatically? What If the haven’t?

Well, I had the same questions in my mind, so it was with lots of curiosity that I started to listen to the album.

Opening track is the first single taken from the album, Between The Lines, a rock anthem which goes straight to the point without messing about, typical STP style but faster. Brilliant.

The track pretty much sums up the whole album: fast, hunger to be listened to, with tracks that rarely go passed the 3 minutes length, heavy guitar riffs and Weiland’s voice in magnificent shape.

Other gems are Fast As I Can, Take a Load Off and Hazy Days, this one delivering a blasting guitar riff.

Guitar is pretty much the driven motif of the album, with both hard rock complex riffs and mesmerizing solos (Huckleberry Crumble and Hickory Ditchotomy are good examples). It is clear that they still know how to rock and came back to prove it.

Being the brilliantly skilled musicians they are, the album has also space for more complex and textured tunes, such as Dare If You Dare and the amazing Maver, which closes the album with an impressive interplay between guitar and piano.

What did I think of it then? I wondered how I managed to be without them for so long. This album is a truly gem and will remain in the history books of rock ‘n’ roll.
I can’t wait to hear it live. 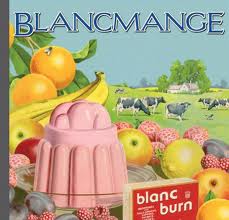