The Drums – The Drums 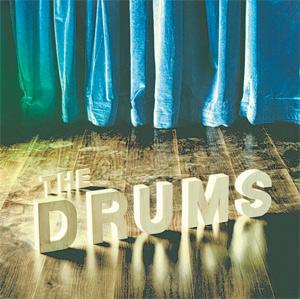 Having just finished touring with Florence and the Machine in the UK, The Drums release their debut album after their first EP “Summertime” that made them shortlisted as one of the 15 music acts for the BBC Sound of 2010. When I read that these guys are from Brooklyn I was curious because in this period there’s a huge ferment that has already produced bands as MGMT and Yeasayer. Well, The Drums are quite different because they take inspiration from UK, especially the Mancunian area, obviously I’m talking about The Smiths and Joy Division, but they gaze also at The Cure and The Wake, creaming them up with a surf-style.

Best Friend is one of that songs that seems cheerful, but its melancholy is hidden into words that talks about the death of a friend, it’s very inspired to The Smiths’ sound, especially the guitar sound, it’s a good introduction to their musical style.

Me and the moon intro is a bit unnerving ‘cause its groove reminds me something of Flashdance soundtrack, reveling the ’80s nature of the band, but after that a darker and Smithsonian soul comes out, heavily influenced by surf sounds, the guitar riff on the instrumental bridge is remarkable.

Let’s go surfing is the typical summer song. Inspired by the election of Obama as President oozes all the optimism and the hope of a new coming era. The bassline is pounding, I love when music stops to leave it alone together with vocals and clapping.

Books of stories tries to recreate the wall of sound, and the experiment is successful, the reverbering vocals tastes on ‘60s and give a melancholy and happy mood to the tune, with the bassline paying a tribute to Joy Division.

Skippin’ town and I need fun in my life follow the previous direction, they are not particularly original.

Forever and ever amen in my opinion is not so strong to be chosen as single, I think there are better songs, anyway the keyboard riff pays tribute to the Cure this time, and it’s interesting that all the influences are well blended in a personal style.

Down by water I think dues something both to Brian Eno and to Phil Spector, with its dreaming atmospheres inside a wall of sounds that tastes also of Mgmt.

It will all end in tears is my fav, with its dark bassline, divided as the chorus between Joy Division and 60’s ballad, , it smells of an ending-summer thunderstorm, singer’s voice is wailing and touched my soul.

We tried is classic teenage movie soundtrack describing all the little big pains of that age, with unfailing clapping and a predilection for the melancholy mood.

I’ll never drop my sword is simply delicious with that almost sighed refrain, while The Future, the last track of this remarkable album, ties up musically with Best friend, and close the circle tingeing it up with hope, the word itself evokes optimism, we always imagine the future better than the present.

Will The Drums be the future of music? It’s only the debut album, but it’s an outstanding premise.