Die so Fluid – The world is too big for one lifetime 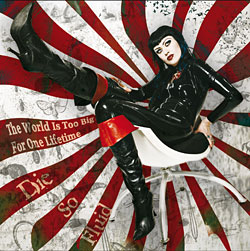 Die so Fluid have been around for years, I even saw the singerplaying bass for Kelly Osbourne in London (you can see it on her live DVD).  The band hasn’t really progressed much but have released an album that is quit appealing and would appeal to allot of disturbed teenage girls who want a strong female role model.

None of the album is anything original at all but has a few MTV friendly tracks, such as  ‘Mercury and Hearts are Hollow‘ which you can imagine on the box late at night.

I just wonder how much of a following Die so Fluid have and I am sure you will find them playing support for every band under the sun.