It was uncertain till 4 days before, but at the end I made it. It’s a special occasion in a very special venue and I want to enjoy the best of it, so I must stay in general standing, possibly grasped to barriers.

It’s noon and I’ve just landed to Milan Malpensa after a short flight from Rome, I’m very excited, I’ll see San Siro stadium for the first time! Yeah, you’re right, I’m going to see Muse…and Kasabian, Friendly Fires and Calibro 35. Announced as the greatest event of the Milanese summer (also because only 4 gigs per year can exceed 80 decibel, and Muse’s is one of them), I looked forward to it for months and now the time has come.

At 3 pm I was at general standing gate, there are a lot of people and the weather is hot and wet, luckily I have to wait only 1 hour, gates are opening at 4pm. The situation is very calm and ordered, men of security are very efficient, and I’m surprised that the entrance is not traumatic as usual.

I grasp the lateral barrier; I am very close to the stage…now two hours waiting.

Perfectly on time, Calibro 35 get hold to stage at 6pm. They are an Italian band inspired by 70’s “poliziotteschi” soundtracks, but also they are influenced by progressive. Their set was very good, their music, instrumental of course, is marked by a strong use of powerful bassline together with organ and synths. The synth-organ player deserves a mentioning, he is a great polystrumentist that moves deftly between synth, xylophone, sax, and clarinet.

Friendly Fires don’t convince me through-and-through, their performance is good, the singer poses like a sex symbol, moving like Elvis the Pelvis, but their music is not completely mature, they have to find a more personal style, it’s too similar to Keane o such things typical of brit-pop-teenage punk style.

Now I won’t talk about Kasabian, I can’t, I love them too much to be impartial. I won’t write that Tom is the best performer at the moment, he’s an animal grew up on the stage; he sets people on fire with his carrying away energy. But I can say that Tom’s voice is always amazing. And what about Sergio? I love him, he pays a tribute to his Italian origin wearing Italy’s shirt and playing guitar with passion. So, Kasabian setlist was perfect for 45 minutes, they started with Fast Fuse, they set people on the right mood, and people have fun following Tom’s incitement. Shoot the Runner is another great tune to engage with the audience; Sergio’s choirs are the added value to this beautiful song. Underdog is the third of nine tracks, Tom asks people to get their hands in the air, and he’s galvanized. On Where did all the love go? they have fun asking phonic to increase the microphone volume, maybe they want  to fly in the face of municipal bylaw… the effect was a beautiful eco that turns the tune into something that comes from the deep. After that Kasabian perform Julie and the Mothman, it has great impact on the audience; I don’t understand why it’s not included in the album. Instead Empire is a classic, the refrain is a punch in the stomach. The last trio are composed by Fire, Vlad the Impaler and Club foot, they don’t give the crowd the joy of L.S.F., but it doesn’t matter, they are three of their best songs and the live versions of Fire is stunning, today is a bit faster than usual, people sing-along and are on fire!

Vlad is the perfect pogo song, but people are quiet and they jumped raising hands, but God these guys rock, Tom’s scream is wonderful! Club foot is the last track and I think people want one more song, but they go away leaving us with the desire. I can’t fail to notice that Serge has kissed the Italian flag on his shirt before leaving the stage, but I think that only those in the first rows noticed that.

Now San Siro is full, 62.000 spectators, a giant banner says “Happy B-Day Matt” (Matt Bellamy was born on 9th June) and a lot of air-balloon are flying in the Milanese sky.

9,17 pm: Muse get hold on the stage together after a crowd of hood rioting demonstrators waving red flags and showing placards, the show is starting with Uprising! Matt is silver-dressed and shoulders an amazing double-guitar that he uses like a rifle, the audience is going mad, jumping and singing-along every single word!

The scenography is spectacular and hypertech, stage is a sort of low pyramid surrounded by screens with a sort of atom on the top, lights project triangles on the stalls, everything is enlightened on the stage, even Dom’s cymbals are lighted up. On the stage sides 12 huge balloons were fixed to stalls.

The gig goes on with a series of great successes, Supermassive Black Hole is another energizing tune, Matt’s vocals are perfect, they are good musicians even if they have to be supported by a lot of basis, although a fourth invisible member is playing synths. On New Born Matt plays a guitar with a kaos pad included, it is impressive and seems that he is playing two instruments at the same time. Map of the problematique is an amazing tune, I love it (and other 61,999 people love it too) supported by hand clapping and shouts, the performance is simply excellent; Matt’s singing is so intense. After that Muse launched their brand new single, Neutron Star Collision (Love is forever), the soundtrack for next episode of the Twilight Saga. Some people said that they are selling out, but I don’t agree, it’s a beautiful song in perfect Muse style and listening to it live is very romantic, who can’t move when Matt sings “Our love would be forever and if we die, we die together”? Guiding light is more melancholic, but it’s one of my favourite tracks of the new album for its epic tone, scenography is astonishing, a blue light suddenly lights up in the middle of general standing, it looks like a fallen star. At the end a confetti explosion fell on the audience.  After the break with these two ballads people can start to jump again thanks to Hysteria. But after that a surprise comes! Dom and Chris go on a lifting platform that take them to the centre of general standing, upon people’s head, delighting them with Nishe, a great instrumental tune, but a rumbling welcomes Matt that joins the bandmates onto the platform to sing Undisclosed desires playing a little portable keyboard, I love his instruments.

Resistance and Starlight are perfect to be sung-along and the audience don’t withdraw from the task, they are incredible and I think Muse really appreciates them, Matt says a perfect “Grazie” and he has added “Vi Amo” (I love you).

Afterward Matt announces another surprise: Nic Cester from Jet joins the band onstage to sing a stunning version of Back in Black, but it’s not ended, Muse pays a tribute to The Animals introducing Time is running out with The house of the rising sun, they leaves the audience stuck. Time is running out carries people away, Matt let people sing the refrain enjoying the perfect moment. Unnatural selection closes the first part of this great show.

The first part of encores starts with Unintended, crowd tries to sing “Happy Birthday”, but coordinating 62.000 heads is not easy, anyway Matt ask them to light up everything, mobiles, lighters, it’s a great moment. Exogenesis part 1 gives the audience something incredible: a giant UFO is flying over their heads inside the stadium, suddenly an acrobat comes down starting to sway like on a swing, I can’t believe what my eyes are seeing. On Stockholm Syndrome they say goodbye again, but we are waiting for last three songs (yes, I’ve already read the setlist).

This time Matt is dressed of intermittent red lights, he goes alone onto the platform and sings Take a bow, people is going into a frenzy! Plug in baby is a really beautiful moment, people love it very much and sing-along ‘til they lose voice, the stadium is trembling for jumping.

At now this is the end… ten or so balloons in the shape of big eyes are launched on the audience and they are passing them and playing, but suddenly they explodes in a bubble of confetti, the allusion to the Big Brother is clear, Matt is fan of Orwell. Knights of Cydonia ended epically a show studied in every detail, Muse have conquered Italian people, I’ve seen teenagers and middle-aged people singing together, it has been a success. They deserve it after a brilliant career started 12 years ago.

If I have to find a fault in this stunning and well created show I can say that it’s too perfect, I think it was not like a punch in stomach, it was more like a heart pang, I prefer something more visceral, but I can say this only if I want to nitpick.

Devo – Something For Everybody

Properganda Blog To Stream Richard Thompson’ ‘Haul Me Up’ 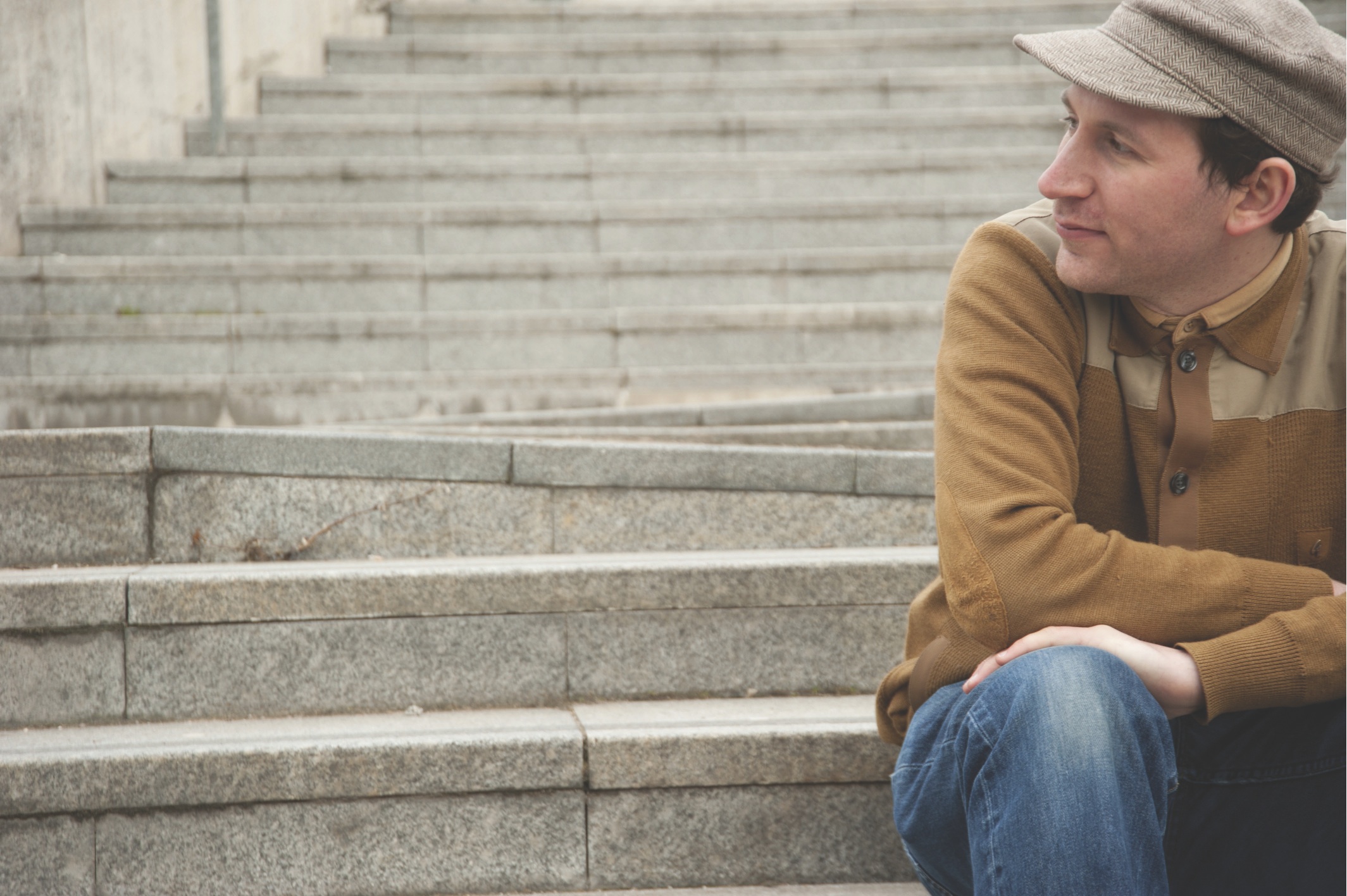 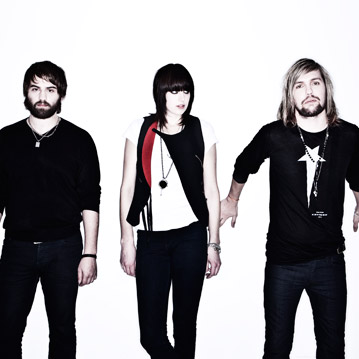