Dave shares with AAAmusic is diary of this year Isle Of Wight Festival!

Friday morning 8:00am. 10 figures stand tall, with jackets buttoned and hoods up, shivering in the wet fog as we sail further into nothing, no noise, just wind and rain… towards the Isle of Wight Festival 2010!!!!!

Yes folks the party defiantly didn’t start right for the Izle of Shizzle this year as the heavens opened… but hey, only lasted an hour. So stop your moaning and get your groove on. The good ship Party got us safely to this monumentally historical 40th Anniversary island bash and we were all busting to get on site, pitch up and turn that frown upside down.

We rumble up the main access field in a hail of mud and grass tufts, park, get gear, get beer, locate the tent field and head to a small off shoot to the main punter camping, which turned out to be the hub for all things nasty – this is why ‘Charlie don’t camp’.

The whole event arena is alive with 50,000+ guests by the time I get to the entrance. Passes in hand we head for the main stage area and soak up all the atmosphere bursting from the bars, tents, stages, fun fair (more than just atmosphere bursting from the fun fair – too many spinney, too many drinky – not a good mix). We find the main stage without any issue, as the festival is as always well set out.

By the time we reach the VIP area, the sun is out and the party is in full on hysteria as Calvin Harris drops his funky best on an eager crowd. It’s about that time when I partially lost the hearing in my left side, but what the hell, my whole body was reverberating at 200bpm.

Florence and the Machine bring things down to a floaty, shreaky sway and most are recovering from Mr Harris and using this time to regain a bit of energy.

As the sun sets on the island (of 3 seasons in one day) the stage seems to grown and swell a little, the crowd defiantly grown and swell a lot as the final act explodes and the bass flattens everything in a 10 mile radius……. yes kids…. IT’S ONLY JAY-Z, and he’s bouncing in a very reminiscent Cypress Hill stylee, no matter because I’m liking it and so are 60,000 others. It was proven that due to 60,000 festival goers bouncing at the same time that a 10ft wave was created on the other side of the main stage and riding that wave, with his crown all a ‘shine was no other than the king of smooth talking (yeah, she should have won…) Kanye West, who then jumped from his watery transport and rocked that stage like it was 1970 all over.

No Britain, I’m not a bit R&B fan, but I gotta say…that was some headline act and if you get the chance. Go see Jay-Z.

Well, I wish they hadn’t now either because I’m suffering for my first great festival night, and I need to get myself together and go see what day 2 has to offer my redundant photographer ass. (Yes kids, they invited a seasoned music photographer – but not to work you see, just to par-tay!). Within a few minutes I’m fresh and ready to go- 2 min max. Honest. Then food. It amazes me the variety of food at festivals, large or small, no matter. It’s simple all the “aherm “‘not so nutritious’  stalls tend to go near the car parks and camping fields, where as all the rest – the hangover belly busters are only a few feet round the corner – a few feet. I spent £5 on a dry roll with 1 small piece of bacon only to find that within 20 steps that I could gorge myself on a full on carvery special. Nuff said.

We saunter around the hills for a while taking in all the festival has to offer, meeting the friends from the night before and making plans to meet again that night. We catch The Saturdays as do all the men, then head of for Paloma Faith, again lots of men watching and so they should, her stage presence and costumes were fantastic – an amazing woman. Biffy tries to get in my good books again but fails (again), I think he has lost that loving feelin’ festival chums and it aint coming back – someone needs to tell him to take the Delorean travel back to 2005 and not sell out. And that’s from your first ever Edinburgh fan.

Although, I may come over a tad negative his set was full of twangy guitar and the occasional squeak here and there – which I am sure most of the crowd though appealing.

As the previous night, the crowd start to gather and become impatient, there is a faint glimpse of a 40ft  ‘B’ on the back stage and maybe an ‘L’ – this only make the seething crowd start to chant … and then scream for a while as Mrs 1979 New York rock chick, ‘in the flesh’ takes to the stage. AND SHE LOOKS GOOD. I’m not taking nice shoes either. I might go as far as to say she’s had a bit of work – but looks good all the same. Men of the crowd agree. Although I am only 40ft from the stage the vocals are far too weak to satisfy a young boys desires from the early 80’s and I find I’m not enjoying the main reason I came to the festival. It was a little upsetting. But The Strokes, made all that go away, those Yankee boys sure do look scruffy but sound so heck- darn good. My friend and I pass a glance every song as a confirmation that ‘this song’ held a single moment in our lives ‘New York City Girls’ – ‘aint to smart’ brings back memories of a visit to New York City to see The Strokes back in 2006 and seeing some girls doing things that….. you guessed it……. weren’t too smart, this repeats for the whole set. It was quite the special moment that I was looking forward to as most of the ‘This Is It’ album was rifled through in perfect pitch.

We polish of our rather good Saturday with a visit to the Big Top and squeeze our festival ravished bodies through the jumping crowd until we find the perfect position to strut our funky stuff to the mighty Orbital. A meld of old and new, fast and faster, known and unknown – classic, this was a great way to round of the night as we got our boogie down for the last few opening hours.

I awake to the sound of singing, but really bad annoying stuff and check to see if anyone else is stirring – strange to find that its only 7am and that I’m asking the singing to stop (in a very polite manner).

The aches and pains from the last 48hrs have caught up with my old bod and I need to make a real effort to struggle to the purveyor of tasty breakfast treats. After a few hours of lazing around we head promptly into the arena and watch the world go by from a lavishly furnished Turkish tea yurt only pulling ourselves away to the rolling tones of Suzanne Vega, then back for more tea. Spandau Ballet bring the 80’s back, but I think they should leave the 80’s where they were – what about the 70’s???…… shortly after Tony finishes his set its with a heavy heart and a foggy head that we must say goodbye to the Isle of Wight Festival 2010 – it’s been a riot, but unfortunately there are only a few ferries left to the mainland (all booked up) and we’re on the 9pm sailing. Although we didn’t see Paul McCartney’s set, I did see him in a nice minivan being escorted by 2 police cars. I wave. He didn’t. Then off to the mainland for cheeseburgers and fries. 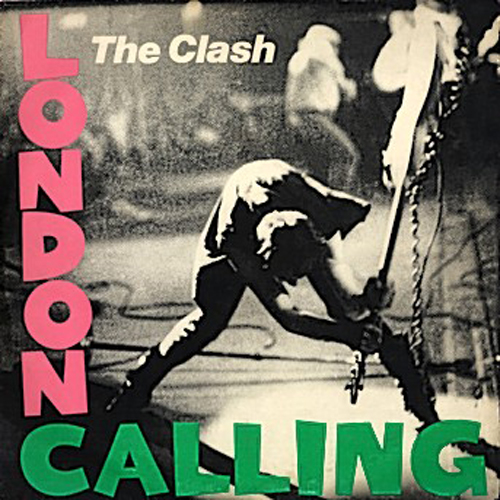