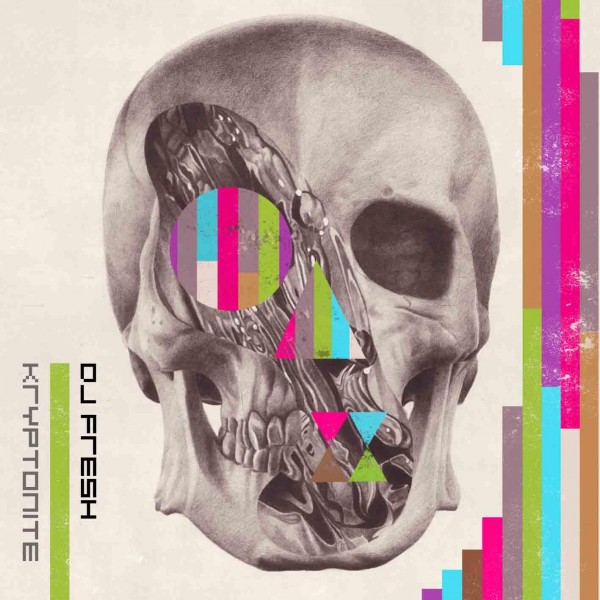 The most bass heavy album of 2010 has finally arrived and it’s been well worth the wait! ‘Kryptonite’ is an electronic tour-de-force, a masterpiece of sound design and imagination from one of the scene’s most pioneering figureheads, DJ Fresh. In the making for over three years, Fresh has created a juggernaut of an LP that flickers with ease between his trademark caustic breakneck beats, feel-good vocal tracks and even some slamming dubstep manoeuvres. Essentially ‘Kryptonite’ is a rocket-fuelled ride that dance music fans the world over will be revelling in for a very long time to come. Essential.

Having blown his way into the scene as the fore-figure of NME’s ‘Wu-Tang of drum & bass’, Bad Company back in 1998, Dan Stein has since “perhaps been the biggest influence on drum & bass we’ve ever known” according to Knowledge Mag. With classics to the BC name such as ‘The Nine’ (voted Best Track Of All Time by members of D&B Arena), Mo-Fire (no.22 in national charts) and many more, Fresh went solo in 2003 producing the no.11 summer chart hit ‘Barcelona’ and even a no.4 hit for the Pet Shop Boys. Having produced seminal tracks on labels such as Ram, V and Metalheadz, earnt almost every accolade going and a DJ schedule to match, Fresh now resides on his own world-famous Breakbeat Kaos label with co-founder Adam F and continues to flourish.

Tracklisting:
1. Talkbox
Opening up proceedings is a track that’s been an anthem on the D&B circuit for quite some time. The epic intro, huge undulating bassline and of course the all-important talkbox vox never fail.
2. Lassitude ft. Koko (DJ Fresh & Sigma)
An awesome slice of future-electro drum and bass with a firing vocal from Koko (dance moniker of Yolanda, the Massive Attack vocalist) that has dance floors smiling from ear to ear.  Add the mammoth synth hook and you have this surefire crowd pleaser.
3. Kyrptonite
The title track sees Fresh heading to the left of centre for a more experimental edge that gives ‘Kryptonite’ a very cool vibe indeed. Taking a nod towards the electro sounds of yesteryear this shows another side to Fresh altogether.
4. Golddust ft. Ce’cile
Previously released back in 2008 this dynamite track has now been given a new lease of life thanks to a full super-fresh vocal from Ce’cile (vocalist to Sean Paul, Timberlake, Jay Sean and more). Sure to be another club banger thoughout the summer to come. (Single to be released on Ministry Of Sound/Data)
5. Acid Rain
Get ready for the nastiness as we’re brought slap back down into D&B darkness. Seen by some as possibly a harking back to the old Bad Company days, ‘Acid Rain’ is not to be messed with. Watch for the mentasm switch up at the end too!
6. Hypercaine
The massive single of last year rears its head to keep the faithful happy. Stamina MC and Koko’s vocals ride victoriously over Fresh’s enormous production showing why this stayed at no.1 in MTV’s video dance chart for quite so long.
7. Starfall ft. Val Beestings
Taking things a little bit deeper is ‘Starfall’. Opening with mysterious reaching vocals, they pave the way into a minimal drop of buzzing bass, shuffling breaks, gorgeous pads and subtle keys.
7. Chacruna
Switching things again Fresh takes us deep into the Peruvian jungle for the melancholic but ultimately uplifting dubstep excursion, ‘Chacruna’. It’s all about the haunting sample in this one as the deep sub and melodic keys take us far, far away.
9. Fight ft. Val Beestings
Always one for controversy DJ Fresh then ramps things up with the outrageous sounds of the dubstep smacker ‘Fight’. That screeching, messed up riff has had dance floors reeling for months and no doubt will continue to do so for many more months to come.
10. Heavyweight
Time to get grimey one last time with the unmistakable sounds of one of the biggest D&B dance floor tracks of last year. Rounding off the album perfectly, it shows the utmost versatility of a producer at the top of his game. (Included in DJ Mag’s Top 50 chart of 2009)

Stereophonics, The Who, Kasabian To Release Charity Single by Stuart Cable... 22 July 2010 | aaamusic