Deer Tick Unveil ‘To The City Of Sin’ Documentary 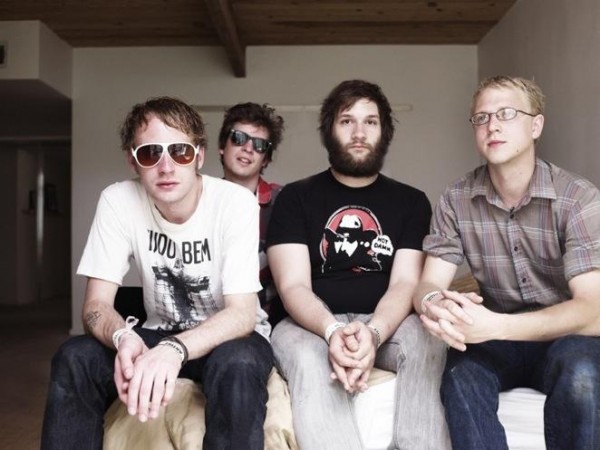 Deer Tick, whose latest album The Black Dirt Sessions came out in the UK this week, are set to release a documentary following the band on their 2008 winter US tour. Filmed over three months, To The City of Sin is the directorial debut by Burlington College film graduate Cory W. Lovell and was the co-winner of this year’s Goldstone Award at the Vermont International Film Festival.

Lovell was so inspired by the band he felt compelled to make the film. “It was completely sincere and genuine,” Lovell says. “So much of independent music these days has this real ironic detachment and lack of sentimentality or connection to the roots of our country and its music. It blew me away that this music was blues, folk, punk, grunge. It was everything – like 70 years of music that went into making something totally contemporary”

The Black Dirt Sessions is the bands third album and follows on from 2009’s critically acclaimed Born on A Flag Day and sees the band exploring darker material than they’ve touched on in the past. With a new line up including guitarist Ian O’Neil, who left his previous band Titus Andronicus to join Deer Tick full time, the album is the bands most complete and confident record to date.

The band, who are currently on tour in America with Dead Confederate, are returning to the UK for an eagerly anticipated eight date tour of the UK including a main stage slot at End of The Road Festival.