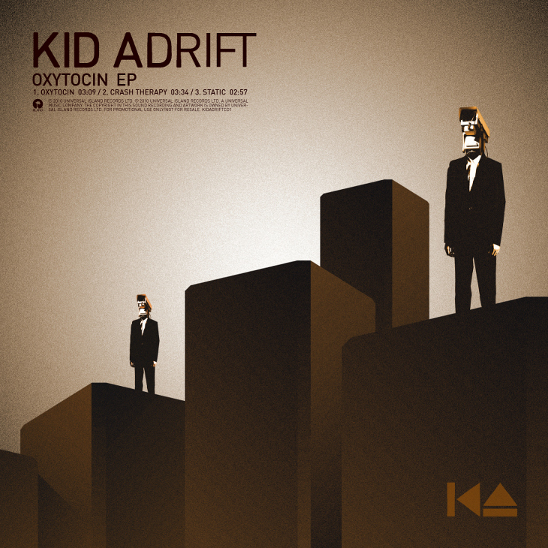 Kid Adrift is an act that’s incredibly difficult to write off as one particular genre. Merging elements of electronica, dance, and occasionally dubstep, Iain Campbell (the man behind Kid Adrift) could be called a lot of things. This is by no means a negative thing – indeed it can be seen as a testament to the complexity of Kid Adrift’s output. One listen of his newest release, the Oxytocin EP, will dispel any doubts you may be harbouring about Campbell’s critical acclaim. The record is simultaneously dark and energetic, and always intense.

The titular track Oxytocin jumps abruptly from frantic vocals to thumping electronics, culminating somehow in an unforgettable and deeply original final product. Though Oxytocin is deservedly seen as Kid Adrift’s best work, it should not overshadow his other tracks – in particular the creepy and oddly beautiful Static, in which Campbell successfully combines pounding beats, synthesised percussion and erratic vocals to create an incredibly dramatic and noteworthy track. If you want a unique new talent, look no further – Kid Adrift deserves all the success he can get.