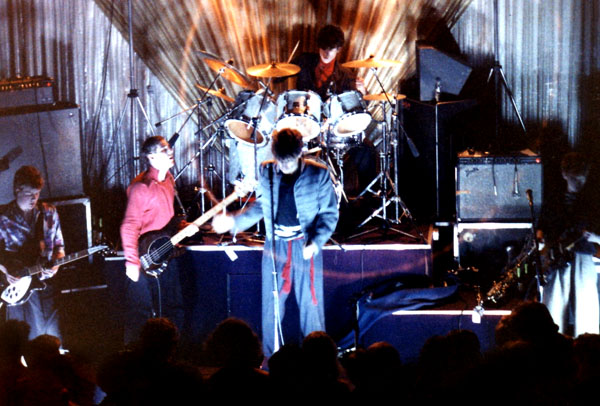 THE RETURN OF THE POP GROUP: No. 1 – UPPING THE ANTI

The Pop Group return after nearly thirty years to play four small club dates to “blow the dust off the old songs and pick up where we left off.”

These initial dates serve as a brief introduction to a new generation of the band’s signature caustic Molotov dub funk that manifested itself into only two albums that went on to sporn a whole genre.

Formed in Bristol in 1978, The Pop Group were for many  the first and the last après punk band. After two seminal albums ‘Y’ and ‘For How Much Longer Must We Tolerate Mass Murder’ the group split in 1981.

“There was a lot left undone,….we were so young and volatile….Let’s face it, things are probably even MORE fucked now than they were in the early 80’s…..and WE are even more fucked off!”

Tickets for the two intimate London shows taking place at The Garage on Saturday 11th and Sunday 12th September 2010 are priced at £17.50 + booking fee and are on sale from today via www.atpfestival.com

The Pop Group also play on September 9th at Locomotiv Club 9, Bologna, Italy and
September 10th at Spazio 211, Turin, Italy. The band also have a number of invitations to headline various Art & Music Festivals around the world in 2011.