Deep in the woody back waters of Oxfordshire is ground zero for this year’s Commotion Festival.

What we have here is dynamite in hand, and there are fingers and instrument-parts galore as this one-day-only event pulls off a big festival in a small field.

I’m always going on about the rising costs of festivals (and there are a few that shall remain nameless – but are starting to bite the hand that feeds…. i.e. 100% rise in ticket costs in 5 years!!), anyway, you don’t get that here, no. What you get is a £20 adult day ticket a smiling face a short walk to the main field, a main stage, tons of tents and other stages, a percussion wig-wag, alcohol (lots of variety)……. not finished yet, but you get the idea. The event organisers have taken a school field surrounded by tree’s and transformed it into, what at first glance looks like a village fate – but don’t be fooled Britain, because what you get here is a solid 2 part festival.

To explain. Part 1 – The day kicks off at 11am (ish) – with local kids competing in a ’Battle of the Bands’ meets the unnameable Idol thingy, with prizes for the best band. Followed by further events and gigs from local young bands and kids on the main and second stages. There is candy floss and clowns, summer breeze and sunshine and a very relaxed and friendly environment – we’re talking sun loungers and foldy chairs ladies and gentlemen, enough balloons to float a fairly large animal and a little touch of local real ale (Pims/ wine also available). The kids percussion wig-wam is packed from the get-go with thumping beats, bongo’s and sleigh bell’s resonating all day (really…. for a full 8 hours at least!), giving parents a little time to soak up this very quaint oasis. That is until about 4 o’clock ish, when things start to change a bit.

Part 2 – this happens when the afternoon is drifting past and early evening creeps in. And about the same time, Jesse Grace and band appear on the main stage and rip a little hole in the peace. I’ve seen Jesse many time’s and she sounds like a real growling guitar bunny churning out the rock in a sultry Cat Power esc way. I notice a lot of punters sitting up in their seats to see what has just happened and realising that – yes, this is a festival. The Kings Head Stage (e.g. acoustic – mostly anyway) has hosted a steady bevy of female singers all day, it’s like slipping into a romantic retro sheep skin Harrington whilst propping yourself up against a bale of hay (all true but no Harrington), and cooling off with a golden ale. That was the beginning of Part 2. Then……. woman on horse gave a display not too distant from something I witnessed on Young Guns 2 (Blaze of Glory ladies and gentleman), she was dressed like a bar room gal, with all oldie westie costume, jumping to and fro, handstands on horseback, but mostly just looking really good for all the men folk who were all glassy eyed as she swished round the field in a neat circle.

The Original Rabbit Foot Spasm Band ( or Torfsb – all one word) play 50’s numbers with a full swing band, the guys are dressed head to toe in their Sunday Best and get the crowd dancing with exceptional vocals from soft ballads to full on crooning – not to get to distracted I head to the second stage and find The Echoes mashing it right up in a country barn-dance-Blink182 fashion.

As time drifts by, I indulge and get myself all curried up – it’s spicy yes, but it’s sexy so I give it all I got and take a swig of my brew and saunter to the main stage in time to catch Little Fish kick it up a notch – Oxford favourites Little Fish have been having great success in recent time with the pinnacle so far  being their support of Blondie during the recent UK tour. LF have developed a fantastically engaging stage presence thanks to lead girrrrl Ju-Ju’s playing style and on stage energy. Big things are afoot for Little Fish.

The sky is starting to darken and I’m amazed at what has gone on in this school field in the previous hours. The quality of bands have been outstanding, the atmosphere is genuine and friendly, the price is a steal – AS ALL MONEY GOES TO CHARITY, and all bands volunteered to play. How can such a small event with not much money, manage, promote and host an outstanding day for £20???? And we haven’t finished yet.

International Jetsetters headline the second stage, piling on angsty vocals and very tight sounds from the Oxford band (2 of which are part of Jesus and Mary Chain no less!!!) But I am whisked away to photograph a band I have followed since their initial show in Oxford  a few years ago (and all my life previous). It was a great honour to meet From The Jam and even better still to be at the front of the crowd singing my fool head off. There are few bands around that can hold my attention for any amount of time and FTJ are up in the top 3. The spirit of the original songs and the meaning and times they hark back to floods over this small stage and drags the voices out of those old enough to remember. The songs empower and sound raw, as they did in the early 80’s, and it was good to see the guys sporting zuit suits, Prince of Wales check and Fred Perry’s. To Be Someone bursts to mind as the first song (but I could be wrong), with The Eton Rifles, David Watts, News of The World punching through the stillness of this darkened place and bringing the bitterness of the times. The mood lifts with the unmistakable thumping intro of Start and everyone is bouncing. Before I go horse I watch the band ease into the last number – Down the Tube Station, the faces I see are singing along as the guitars wail and words sting. I walk away feeling that I experienced as much as I could from this day and head home with ale on my breath and ears ringing.   – keep on keepin’ on.

Big thanks to Heinz for your time and help, and well done on a fantastic event – a pure success, an achievement to be proud off. 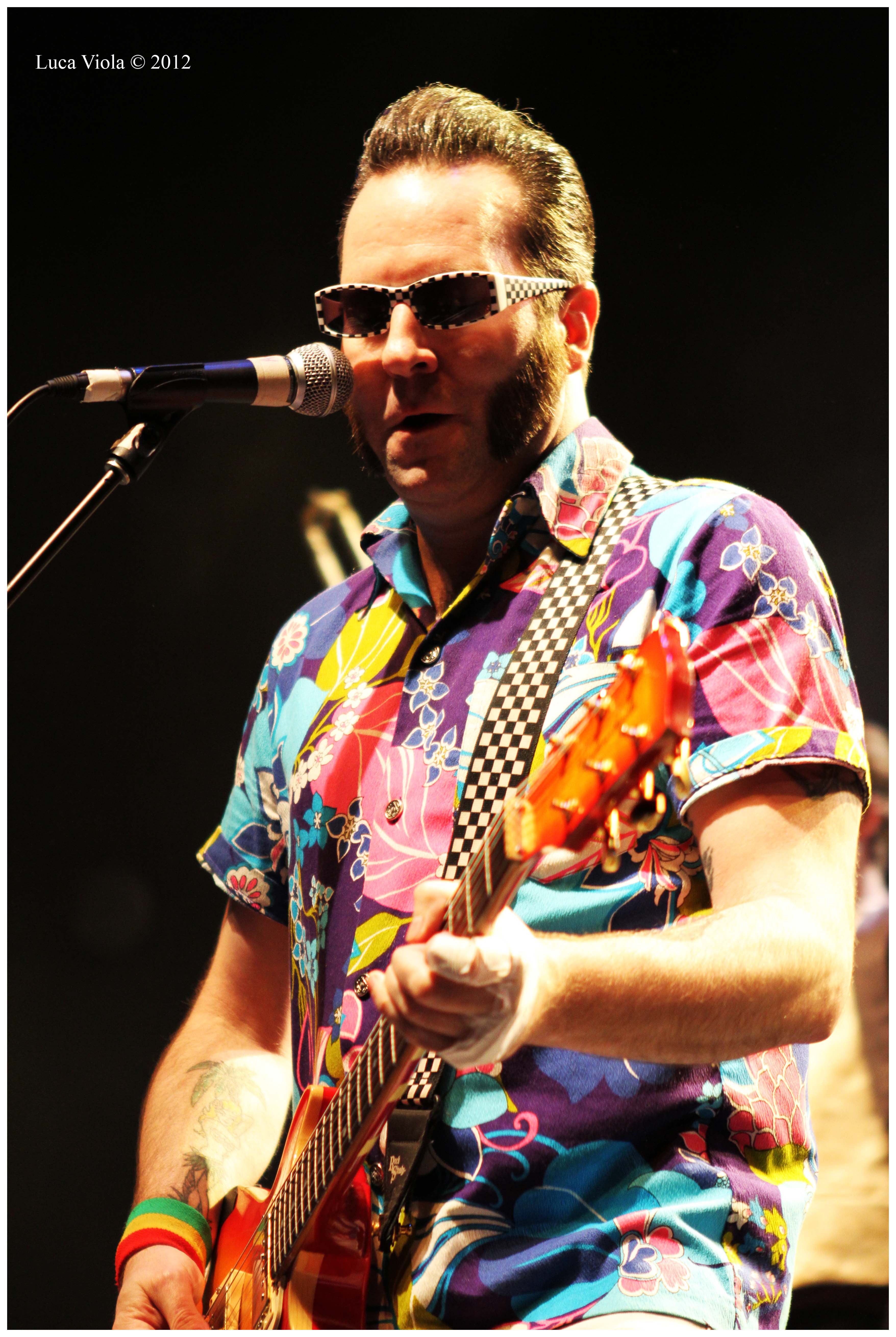