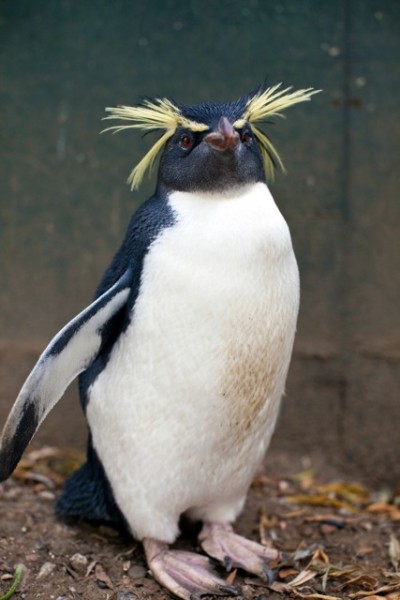 After the success of bringing together Fightstar and Lethal Bizzle in February this year to create the track ‘For All Our Enemies’ for Jagermesiter’s first ‘Serve Ice Cold’ session, we can now announce that the second session will see British rock band G.U. Medicine duet with Ricky, a penguin from ZSL London Zoo.

The unlikely collaboration between a rock band and a penguin will be recorded at London’s famous Strongroom Studios in Shoreditch on August 3rd and 4th.

Ryan Senior, from G.U. Medicine said “When I was younger I visited London Zoo and saw the penguins but I never imagined that one day I would actually get the opportunity to record a song with one of them!  I thought feeding them would be the closest I ever got! Bring it on!”

Speaking on behalf of ZSL London Zoo, one of Ricky’s keepers, Adrian Walls said: “Ricky has a big personality as visitors to our zoo and staff will testify, and although he has never worked with a music group before I’m sure he will be in fine voice on August 3rd”

Once the duet has been recorded it will be made available as a free download exclusively on the Jägermeister website: www.jagermeister.co.uk from August 16th