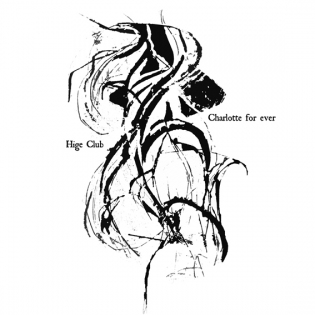 Hige Club release their version of the Charlotte Gainsbourg album Charlotte For Ever on 30th July through Marketstall Records. The album will be available on mail order CD, or MP3 downloads, direct from the label website (http://www.marketstallrecords.tk/).

http://marketstallrecords.wordpress.com/news/ for the live stream of the whole album

Hige Club is a one-off (well, a two-off) pop group.
This special album release ties in with events organised by the London Short Film Festival to celebrate the release of the new Gainsbourg film at the end of the July. They will perform songs from the album at a gig planned for 30th July at the Curzon (Soho) Cinema in London.
This performance will be repeated once more at the Branchage Film Festival in Jersey (23rd-26th September), and then never again.
Hige Club will disappear in a puff of Gauloise smoke just as soon as that’s all over.

When he heard about the new Gainsbourg film (also released 30th July), Philip Ilson from the London Short Film Festival – a massive Gainsbourg fan – wanted to do something to celebrate it’s arrival. So he commissioned Markus (formerly Their Hearts Were Full of Spring’s frontman, currently on guitar duties with David Shah’s The Melting Ice Caps), to record a new version of Gainsbourg’s forgotten classic album Charlotte For Ever. Here’s how Markus explains the brief:

“Charlotte For Ever is an album Serge wrote for Charlotte in 1986 (she was only 12 at the time, I think) and she sings most of the tracks, although there are a few that Serge also sings on. The record is swathed in the worst kind of 80s production stylings you can imagine: session muso slap-bass, extended synthesizer solos, show-off guitar licks at every turn, wailing saxophones everywhere  … Despite this, Phil is convinced the record is a lost classic of genius songwriting, and my brief was to strip it of the badly dated 1980s production and re-record the whole album to reveal the hidden pop gems at the heart of it all.”
Thus Hige Club was born.

All of the music* and the male vocals on the album were performed and recorded by Markus himself,  the record was also self-produced. Newcomer Charlotte McEwan (currently a film student at University of the Arts, London) takes on the daunting challenge of singing Charlotte Gainsbourg’s 12-year-old-girl vocal parts, and does so beautifully.

But although there are only two people on the record, the Hige Club live band will be a bigger beast, featuring some of South-East London’s finest alt-poppers: Markus and Charlotte will be accompanied by Gavin and Mark from the band William (on guitar and bass), Gemma from Hindley / John & Jehn (also on guitar), and Michael James Hall (ex-Nebraska, now Grace Cathedral Park) helping out on backing vocals.

*except the cello on Lemon Incest, which was played by sound designer Assaf Gidron.