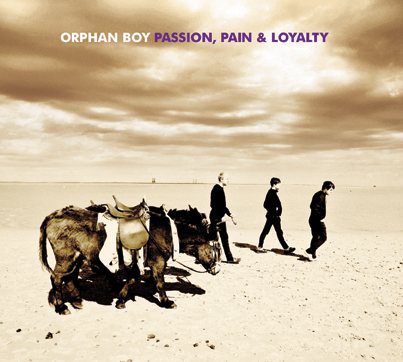 Orphan Boy are a band that for all intents and purposes appear hell-bent on being the successors to Joy Division’s gloomy atmospheric rock. Their latest single, ‘Popsong’, was a suitably ethereal and melancholy tale of being taken advantage of by the music business, and now they are chasing it up with a full-length album, suitably titled ‘Passion, Pain & Loyalty’.

The album fades into being with the church organ atmospherics of ‘Letter For Annie’, building up steam as guitars join in, squalling feedback and every synapse in my head screaming “Joy Divison” at the mournful chord progression. However, the singing is very… not Ian Curtis, instead being a stadium rock orientated style, pitched higher and steeped in echoes. This creates an interesting texture to the music, with the heavy-hearted instrumentation and their concrete feedback counterpointed by the airy vocals.

‘Popsong’ lifts things in a way, being infinitely more accessible than its predecessor. Despite the wry despondency on display, it is catchy and well-crafted and indeed almost a pop song, the emotional opposite of the funeral dance that is ‘Harbour Lights’, where clattering percussion welds jangling guitars and the warm embrace of a sad bassline with the high, brittle vocals, blending with ‘Remember’, which is a creepily upbeat song of loss, deploying lyricism that reads like the teenage angst years of Edgar Allen Poe: “Every night I watch you burn, over a moonlit harbour I watch those colours shine.”

However, Orphan Boy aren’t living entirely in Joy Division’s lengthy and dark shadow, as in ‘Some Frontier’ they morph briefly into something approaching The Clash, with call-and-response gang vocals and trembling guitars backed by sturdy rhythm section. Here also begins a recurring lyrical theme of soldiers, revisited later in ‘Anderson Shelter Blues’, which after the unnecessary harmonica intro, turns out to be one of the standout tracks on the album, the bare-bones approach of stripped-down drumming pelting forwards, driving the echoing drawl of the vocals to great effect, as the bass provides melodic backup and an inspired hook with which to catch listeners. Throughout the verses, a faint and wailing high drone can be heard, adding to the sense of desolation that has already been established. As the track ends, the tension that has been built culminates in a swirling stream-of-consciousness rant chased by hi-hat and swirling, synth-driven atmospherics.

‘1989’ features a downcast yet incongruous piano melody and a tale of a lonely life. Once again, the lyrics tip over into the territory of gothic literature, almost a more concise Cure vibe at play. But despite the band’s best efforts, the piano simply refuses to become anything other than annoyingly attention-grabbing. The broken record style of skipping the sound from sad to happy and back with a stilted melody is clever, yet it feels awkward here, and it is too far forwards in the mix, drowning out the other aspects. ‘The Promise’ suffers a similar fate with its melodic organ backdrop, which jars with the other components of the track. Despite the lyrics being truly heartfelt and touching, this clash of sounds proves too much.

The closer, ‘A180 Song’, takes all the gloom and morose atmospherics we have glimpsed throughout, and sticks them all together into a seven-minute lament, teetering between The Cure circa ‘Disintegration’ and Godspeed You! Black Emperor as far as total bleakness goes. Heavy piano chords drop like lead weights onto the subdued vocals after a truly painstaking buildup. The lyrics express total defeat, telling another dark and heartbreaking tale. Despite all sensibilities saying that this shouldn’t be pulled off, the mesmeric quality of the melodies and compelling emotion keeps the listener glued until the last goodbye.

The thing with this album is that it is good. It is very good. However, it could be even better. As I’ve expressed before, Orphan Boy are a band that possess a lot of potential, and hearing the contrast between tracks like ‘Untitled #9’ and ‘A180 Song’ without feeling uncomfortable, combined with the and subtly skilled lyricism in tracks like ‘1989’ has only strengthened my earlier thoughts. However, this album is not exactly flawless. The Joy Division-isms get too close to derivative at points, and the way that certain instrumentations clash is a big damper on what had the potential to be an eye-opener of an album. I would recommend this band, yes, but I’ll also say there is room for improvement.

The Qemists – Spirit In The System

Frank Turner – Try This At Home 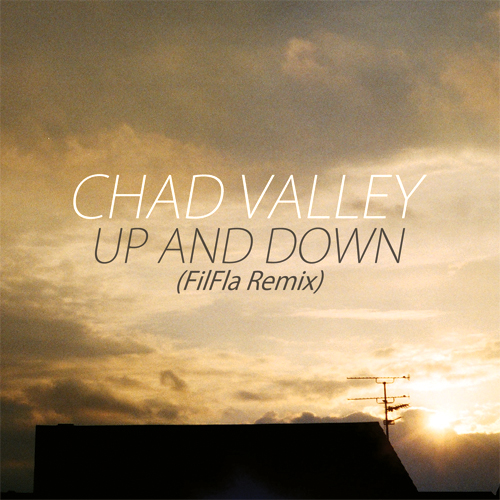