“Finally, after four years of no work released, we are bringing what in our opinion is one of our best pieces ever composed; ‘Aqua’” states guitarist Rafael Bittencourt, continuing “Although this album sounds very different to our previous, ‘Aurora Consurgens’, there are not many musical differences between ‘Aqua’ and our last three albums. We tried to keep the idea of combining metal with progressive, classic, Brazilian, ethnic, pop and many other styles. The big difference this time is that we were really hit by inspiration. So we wrote almost thirty good songs, and we ended up picking the picking the best ten out of the list.”

‘Aqua’, the album title, is the Latin word for water. Bittencourt explains; “The element water is the main character in the story. It changes in cycles, transforming itself, transforming things around it, representing the wrath in the surges, then the forgiveness in the calm. Maybe by coincidence, this year we had strong storms that caused floods, landslides and other problems to many Brazilian cities. We could see that the same thing was happening in different countries almost at the same time injuring and killing people. It seems that the waters are representing a time of change.

“‘Aqua’ summarises the whole idea behind ‘The Tempest’, a very mysterious and unique work from Shakespeare. The story is about a king named Prospero and his Daughter Miranda. They were left exiled in an island that was supposed to be a wasteland. The Island was not so deserted and they’ve built a life together with the magic creatures of that very enchanted place. Prospero plans revenge against his betraying opponents and raises, by means of magic, a huge storm upon the ship that carries them. He finally forgives the evil acts from his enemies when he realizes that those acts haven’t harmed him like they were intended to. So, the water is representing the coming of Prospero’s maturity and all the transformations and cycles that led him to that point. We were also going through a lot of renovation processes and we wanted to express the idea of being renewed. Letting go bad feelings and thoughts is a common theme between this Shakespeare’s text and ‘Aqua’. ‘The Tempest’ helped us to describe more clearly our emotions at this moment.” (Bittencourt)

Named after the ancient Brazilian mythological goddess of fire, Angra, who formed in 1991, are arguably the founders of the modern technical power metal scene. Proud standard bearers of the torch handed them by bands such as Helloween and Iron Maiden at the demise of the ‘80s, they not only took the genre to the next level, but they blazed an illustrious trail for others to follow at a time when the music industry en masse had all but declared the genre dead in the water.

‘Angels Cry’, Angra’s debut album, released in 1993, was rapturously received not only in their native Brazil, but also in Japan (where it went gold, as have all the band’s albums to date) and all over Europe, especially in Germany. After the release of ‘Holy Land’ (1996), and ‘Fireworks’ (1998), original vocalist Andre Matos, bassist Luis Mariutti and drummer Ricardo Confessori left the band to form Shaaman.

The two remaining members, guitarists Rafael Bittencourt and Kiko Loureiro then took their time to find suitable replacements in the form of singer Edu Falaschi, (a highly accomplished vocalist who was on the shortlist for the Iron Maiden frontman slot when Bruce Dickinson temporarily quit in the mid-nineties) and the rhythm section of bassist Felipe Andreoli and drummer Aquiles Priester.

Angra’s subsequent album, ‘Rebirth’, released in 2001, went down a storm with the band’s huge fanbase, who welcomed the new line-up with open arms. ‘Temple Of Shadows’, released in 2004, was awarded KKKK in Kerrang! by Steve Beebee, who raved “South American metallers Angra have never been in a better position to connect their majestic, galloping music with an international audience. It’s a lush symphony of fine musicianship, full of epic songs that slowly weave their way into your heart.”

‘Aurora Consurgens’, their most recent album released late in 2006, was awarded 9/10 in Powerplay Magazine by writer Dave Cockett, who proclaimed it “A true masterpiece which will be the envy of all those left trailing in its wake…brilliant!”

Before the band began working on ‘Aqua’, drummer Ricardo Confessori re-joined Angra, which has made “an important difference” states Rafael; “This was only possible because, after the recording sessions of Bittencourt Project’s Brainworms I, where he performed on a couple of tracks, we have regained our trust and friendship. We had a few rehearsals with Angra where he jammed around songs from the old and new era of the band. Also, we presented some new ideas for him to arrange and he showed to have kept his creativity and graceful musicianship. We had good laughs remembering things we’ve done together in the past and how the Brazilian-mixed kind grooves were a very significant quality of our pre-‘Rebirth’ era.

So, ‘Aqua’ represents where we are now. And we hope that it will be remembered as one of our great classic albums, because it was done with great passion, focus and dedication. We expect that every detail of these carefully crafted new songs may help you out through your own times of change. So, get prepared to dive deep into an ocean of new sensations and float away with the various liquid atmospheres that keep changing as you listen through and it will always keep changing as you listen to it more times. Welcome to the revolving waters of Aqua!” 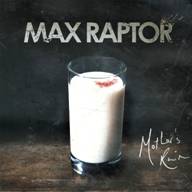