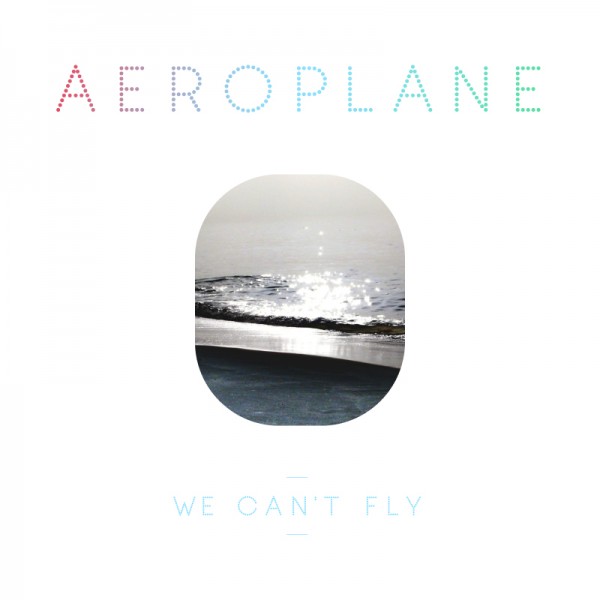 Recorded in Toulouse, Paris, London and Los Angeles, We Can’t Fly (co-produced by Bertrand Burgalat) is a grown up, dazzlingly accomplished album that showcases not just a passion for stately, soulful disco and early 80s electronica, but a lush and bittersweet set of influences that stretch from Abba and film soundtracks to Floyd, the Stones and Italian crooners. This melting pot provides the backdrop to Aeroplane’s 21st century take on balearic house.

Flying solo has given Vito the chance to flex his classically trained musical muscles: Take We Can’t Fly, the languid, show stopping anthem-to-be with which Aeroplane kicked off their landmark 500th Radio 1 Essential Mix at Circus in Liverpool earlier this year. It’s going to sound rapturous live, when Vito and an expanded on-stage line-up play Aeroplane’s first dates later this year.

The widescreen, string-splashed Mountains of Moscow is the soundtrack to the best Eighties blockbuster you’ve never seen, while London Bridge and Point of No Return are mini-epics of spiralling Floydian guitar riffs and plaintive Tangerine Dream synths.

Another mighty inspiration was Giorgio Moroder, whose gleaming electronic scores for Scarface and Midnight Express fed into the vintage disco stylings of My Enemy and the propulsive, piano-led Superstar, which Vito describes as “Moroder meets Canned Heat”. The latter features vocoder vocals from Vito himself, but Moroder was so impressed that he has already laid down the vocals for an alternative version of the track, which will be released later in the year.

Moroder wasn’t the only one of Vito’s heroes to be recruited. The raucous, razor-blade rock of I Don’t Feel features the formidable vocals of Merry Clayton, who backed Jagger on Vito’s favourite Stones song, Gimme Shelter. The roster of guest singers is impeccable. Nicolas Ker, the frontman of French italo-disco outfit Poni Hoax, adds a sullen elan to Fish in the Sky, an electro torch song worthy of Human League, while dream-pop outfit Au Revoir Simone breathe delicate harmonies over the woozy ballad We Fall Over, and London’s Jonathan Jeremiah transforms Good Riddance into a low-slung slice of honky-tonk soul. Perhaps the most ear-catching turn comes from the precocious LA teen-vixen Sky Ferreira on Without Lies, a cover of a song by the Belgian screen star Marie Gillain.

We Can’t Fly, promises to take Aeroplane’s passengers on a first class, round-trip of electronic psychedelia.

Aeroplane will be DJ’ing all over the world this summer including numerous slots at Ibiza plus Oxygen and Bestival.

Johnny Flynn ‘Been Listening’ Live from The Lexington