Night Of Sevens – Abused and Unused 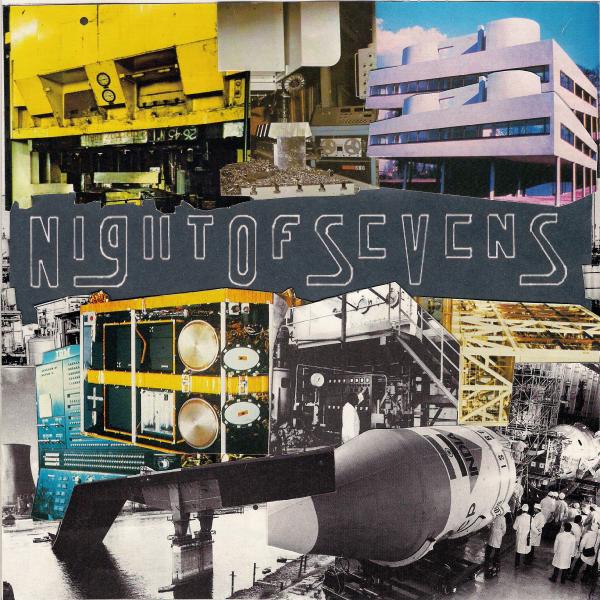 A while back I reviewed a band called Night Of Sevens, and their first instalment of a series of releases collectively titled ‘The Flood Sessions’. I was rather enthralled by their introspective yet snarling garage rock sound, so this follow-up is one I have been holding out for. And thankfully, the production/mixing issues of their previous release has largely been dealt with: the overall sound of ‘Abused And Unused’ is clearer without feeling too polished, each harsh squall, clean note and clattering drum impact cuts much closer to the bone, which does a lot to improve the immediate visceral bite of the release.

Right from the opening tinnitus ring and ominous guitars on ‘Thursday’, it is evident that Night Of Sevens’ undertone of dark rock is still very much there, the buildup of sound reaching fever pitch with squalling feedback, a throbbing bassline and fluid cymbals. However the actual song is much more of a direct rock song, with easily recognisable riffs and structure. There is a definite hint of punk rock in tumbling percussion and constant guitars, although the descent into an artful feedback solo as well as the aforementioned atmospherics still keep this band’s status as an intelligent curio.

We are then given time to recuperate before the band proceed with frenetic tribal drumming and stop-start stormclouds into one of their more unusual and longer tracks: ‘Movement No. 7’. Although retaining the heightened energy of the first song, this is much more in the vein of their spiralling, paranoid moments with stream-of-consciousness lyrics spilling from gravelly vocal chords at a surprising pace, and a blues-rock/metal hybrid style that pays particular attention to agile, melodic bass and active drumming. Proving to be another successfully mesmerising track with added bite due to its rapid pacing, ‘Movement No. 7’ can even withstand its instrumental indulgences, as everything seems to ramp up the pace to impossible levels by the four-minute mark and we are pulled along by a juggernaut of an instrumental that really puts all members of the band through their impressive paces.

Most bands would (with good reason) feel that they could not follow on from that, but Night Of Sevens then use their smart ability to pace track listings by producing ‘Dirty Boots’, a hooky song that straddles the gap between Queens Of The Stone Age and UK indie rock, hybridising sonic heaviness and manic drumming with a bouncy guitar rhythm, ability to create upbeat riffs, and a surprising amount of accessibility.

The closer ‘Kimono’ does indeed feature aspects of Japanese musical style in the opening percussion, as a distorted bass injects skeletal melody to the eerie proceedings. Almost midway through, the vocals start: an echoing murmur that leaves me thinking of Love & Rockets. But then Night Of Sevens leap into action once again to deliver one last powerful kick of their feral rock and roll with fever-dream lyrics to sustain us until next time.

By releasing ‘The Flood Sessions’ in two halves, what Night Of Sevens have done is almost emulate the old days of records having two sides. Each half has its own mood, but the entirety is something coherent and solid, and I would highly recommend this band to anyone who likes their rock to have a little more edge and invention than what is often offered.

Everything Everything ‘Man Alive’ Glitch Mob album mash up