We went to Bloodstock and it ROCKED!!!

Late Sunday night after I had arrived home from the event, I was saying my bedtime prayers and asked God why all festivals couldn’t be as metal and extreme as Bloodstock Open Air 2010 – I didn’t get a reply…….

To start with, the rain was very, very heavy (like the metal) and there was no way I was setting up a tent in monsoon afternoon. So me and trusty metal buddy, waited it out – then pitched up in the VIP area. This was well set up with its own showers, loo’s etc and only 1 min to the car and the same to the VIP bar and main arena area. Although quite wet, a great start.

Though rainy, no muddy – or should I say limited mud, but by no means enough to concern oneself about – cos there was too much going on.

Thursday night around 21:30 and we find ourselves beer in hand standing outside of the Sophie Lancaster Stage – this is one big tent, sporting a vast number of head-bangin’ punters, a large bar and a unfeasibly loud DJ set by the 4 horsedudes of the apocalypse, quickly followed by metal karaoke – now I’ve bore witness to many things in my long existence, but nothing as messy as this. Imagine karaoke, then imagine it death metal style with a bit of noticeable syllables here and there and you get the full on HD picture in Dolby surround. It was captivating – there were some truly gifted singers, and in no way could these guys practice in the local on Friday night……….. this was good stuff.

Friday started really early,  well when the rain started about 3am. I waited until first light  – the rain stopped and I dragged my weary ass out of my maggot and headed for a little early tea – and to my great surprise I was treated to Indian Chai and choco cake…. smooth. The undead rise and are soon meandering around the festival hungry for blood (or maybe just a bacon roll) and sporting the very latest in head to toe black. The day heats up as the bands kick off and we are treated to Cathedral. All hair and screaming guitars and more than a few catchy tunes, the undead are amassed at the main stage in their thousands and its only just gone 11am!! These guys want to party. So that’s what we all did.

The festival area is not as big as you would expect for 10,000 – but it is well laid out and has some great food, clothes, open space there are loads of everything…. even toilets, and a fun fair right in the middle. The ground in the area is mystically rock hard and once the rain clears the grass is lush and green, which expels the feeling of a metal fest and more of a nice walk in the village fair, that is until you turn 180degrees and see the main stage and 10,000 t shirts each with a different design for countless bands or methods of torture. It’s a little surreal at times.

We meet many new friends and between sets hangout and have a half lager and a bar snack. Saturday arrives with great gusto and I’m really looking forward to the line up – although I’m not a pure metal follower, I can see the attraction and feel the energy and it’s intoxicating without rest. We start the day with a breakfast pizza – no I wasn’t ill , I did have a pizza for breakfast and it be tasty. My buddy and new associates are all talk of today’s bands and gushing as the main stage takes flight. I am well informed that I MUST shoot main stage all day, and respectfully I oblige. For me Devin Townsend is unmissable. To explain, with major electric issues on stage and a 30min gap building up DT stayed at the front of the stage and entertained by engaging the people who where here to see him – this above all forms a unit and we are rooted to the spot to hear what he has to say, and in true professional style he pauses and goes straight into his set. What a showman.

Fear Factory – to hear this set live will make a believer of the most cautious, and if you are not wearing ear plugs it will also make you deaf . The relentless bass drum is like a barrage of scuds into a rebellious kebab house and it doesn’t let up …..EVER. I quickly run back to download the new album (album – is that too old???). Convert?….Check.

The weekend is winding in, the sun is out and it’s still (metal) hammer time.

Today’s line up seems to have everyone talking and I’m more than happy to listen in and set my day.

Cannibal Corpse are a funny lot – their lyrics are funny, song titles funny …… but on listening I could not get a word, this is loud and illegible although visually very energetic, I cannot hear past the wall of noise. That is until Gwar come on and quickly cut heads off, stab hearts and spray everyone with blood, green stuff and other fluids a bit to sticky to get into. If you are a Gwar virgin then you must see this band. The whole set is wrong on so many levels but the performance is exceptional, the costumes are huge and they release 20,000 litres of bodily fluids over a willing audience( and a few photographers).

Once the stage is mopped down, its time for Gojira.

Gojira may be French but there is no ‘gay Paris’ about this lot. There songs are melodic, vocals are pounding and we are reminded that new metal has a firm grasp just over the water. A strange thing is evident…..there is no bad vibe, no anger, no upset. All negative energy is dispelled either on stage or in front of it – and it shows, as this festival is friendly – more than most.

The crowd is unusually thin as we head to get our spot for the headliner, 80’s mouth on legs and candyfloss hair-do high priest Dee Snyders crispy posse are blanketed by a thick haze of dry ice and by the time it starts to lessen the crowd is present, the surfers are coming in fast and the photographers are being pushed and kicked all over the place – just as Twisted Sister scream into life as this year’s final headline act.

Well its true to say the Dee has advanced in years but he doths a fine leather ensemble, complete with fringes, metal bits and hair akin to a golden cloud which I’m sure was emitting its own light…….. TS are not the loudest band by far, but are more rhythmically arranged and perform as they have 1000 time before. The set is perfect, the songs hark back to when even I was a kid and the crowd are bouncing as the sun sets for the final time at this year Bloodstock Open Air and I truly believe that this festival can be nothing less than open air.

It’s been a real experience, a trial by ear fire and a triumphant success. As festivals go,  and in my opinion I think Bloodstock was leaps and bounds ahead of Sonisphere. My thanks again to Adam and crew, and I really, really hope to be back again next year.

Elevator to hell….. going down. 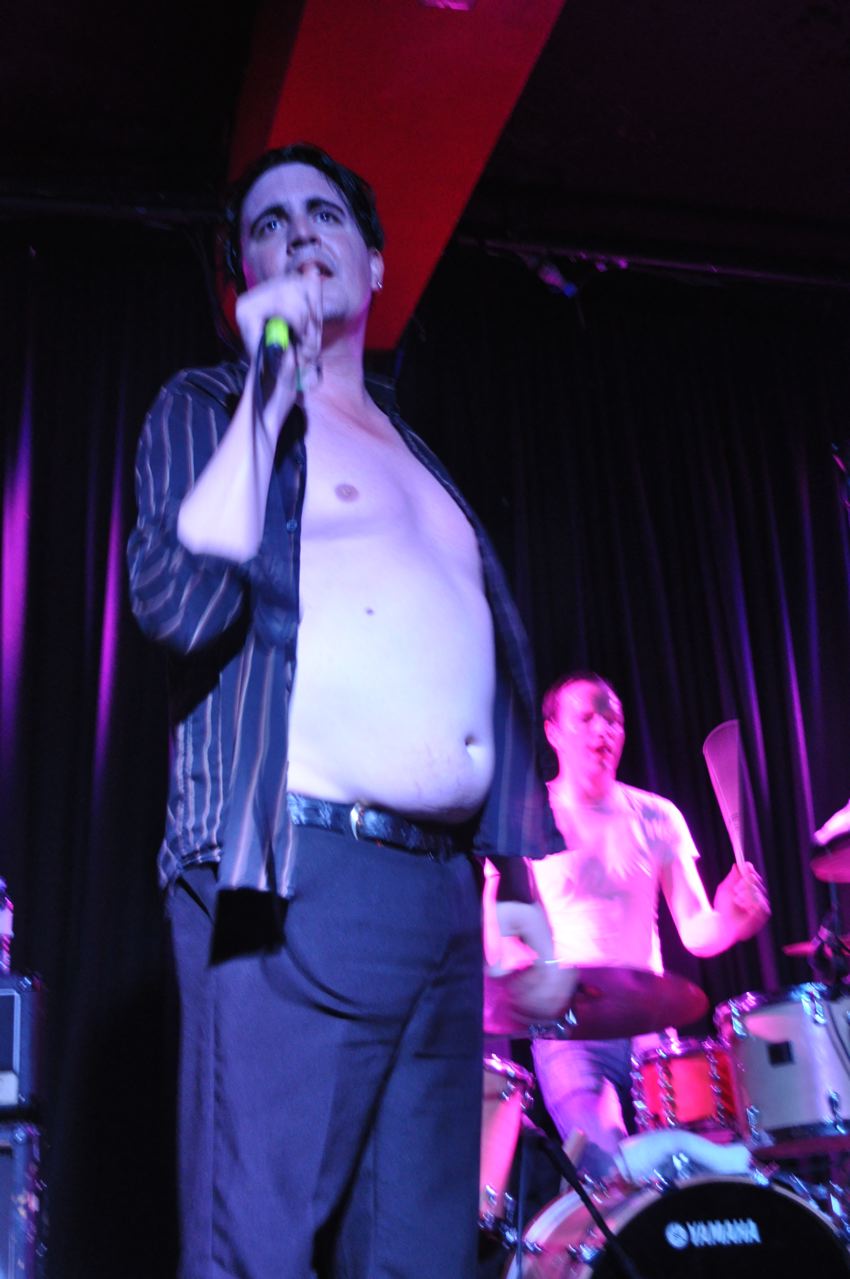 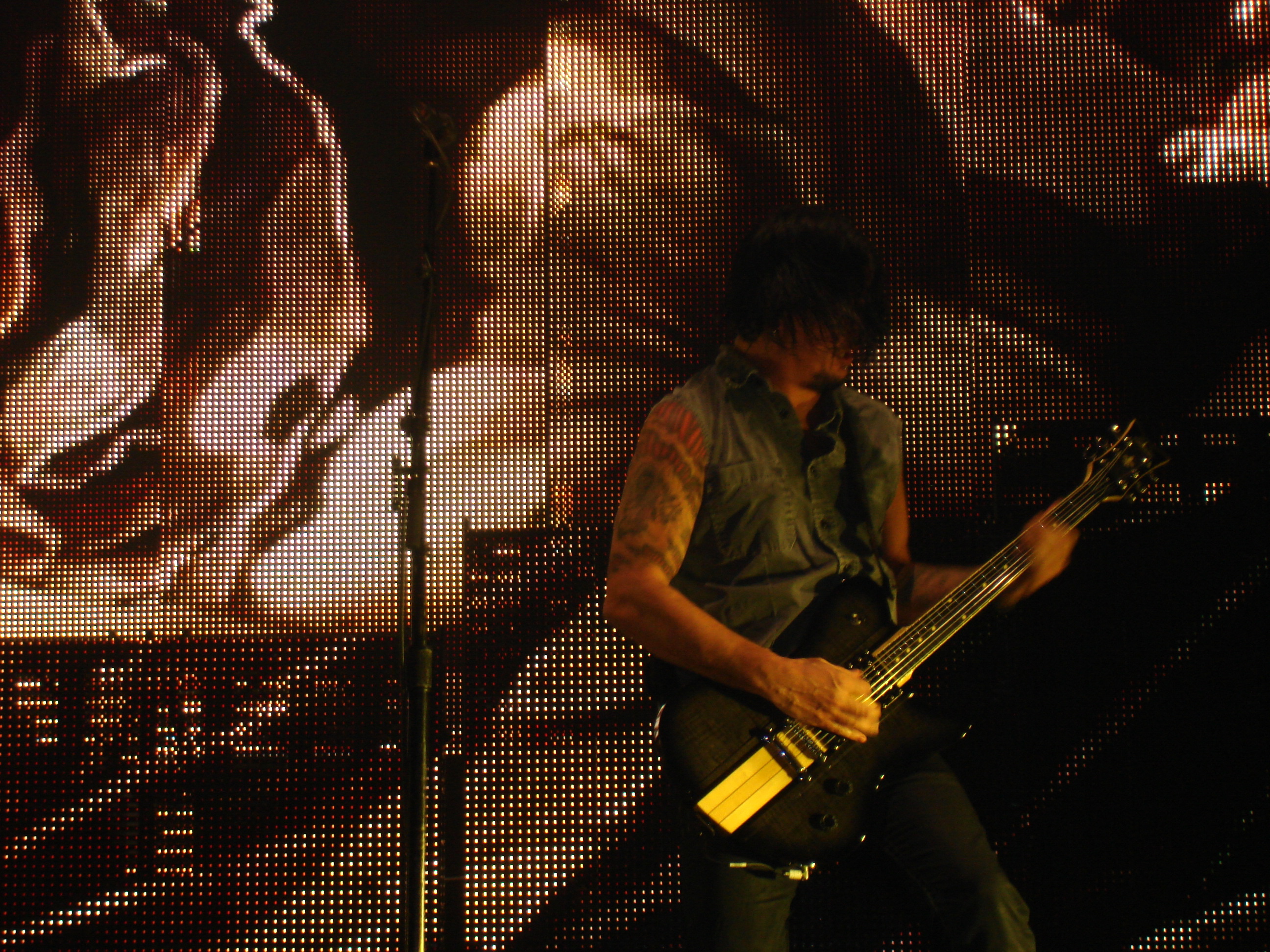