The Crayonettes are Kathryn Williams – ‘Without doubt one of the most authentic folk voices in the country’ (Q Magazine) & Anna Spencer – formerly of punk band ‘Delicate Vomit’; two mums weary of the traditional ‘children’s cd’ format, those well meant but over-earnest singalongs performed inevitably in a ‘well-to-do horse-y voice’. Meeting up for their boys – Louis (4) and Lenny (3) – to play together, Kathryn and Anna noticed the weird and wonderful ideas the boys would conjure up from their imaginations ‘and we got to thinking about creating something that would make them laugh and make us laugh. We wanted songs that sounded like punk or disco or hip hop or country – The Small Faces brushing their teeth or The Velvet Underground asking questions about toads!’

Far removed from Kathryn’s solo work, one listen to ‘Playing Out’ suggests The Crayonettes are working to deliver not only a happy distraction to kids, but also knowing chuckles to long suffering mums. Inspired by a love of the ‘hand-made’ feel of Oliver Postgate’s classic small films, and with their own ready-made focus group to hand, the pair set to work on creating a kids record. ‘We would meet in the evenings when the kids were in bed…and play!’ says Kathryn. ‘It was so much fun creating with a friend. We would be crying with laughter and have to wait for the giggles to subside before doing a take. When we’d written a song we would play it to the kids and get a reaction.’

Work on the album continued through Kathryn’s recent pregnancy (Ted was born this April) and between her solo work commitments. Towards the end of recording Anna announced that she too was pregnant – due in August. (‘Although I’m not sure how that happened because we were in the studio a lot!!!’ jokes Kathryn).

The end result is a truly road-tested kid’s record that takes in everything from hip hop and electro to 50’s crooners with songs about robots in the rain, sweets on the floor and pirates taking over buses! Incidentally, the album’s sleeve art and booklet is the work of Anna’s eldest son, Sam, 11.

‘Playing Out’ is not Kathryn’s first foray into kids’ albums, having contributed the song ‘Night Baking’ to the ‘Colours Are Brighter’ charity album (Rough Trade, 2006).

Kathryn played the Goodwood and Beautiful Days festivals over the last week and has two solo shows upcoming, performing songs from her 10 year career, including from her most recent album, ‘The Quickening’, her first for One Little Indian:

The band set up a group on Facebook called Toddler Reviews – click here to check it out!

There are tunes and instructions of how to take part on the page.

The Crayonettes will be announcing a very special show shortly.

The Burns Unit – Side Show

In The City festival – Manchester 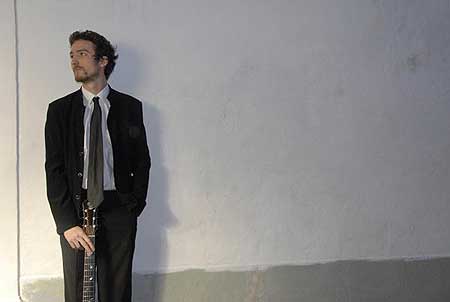