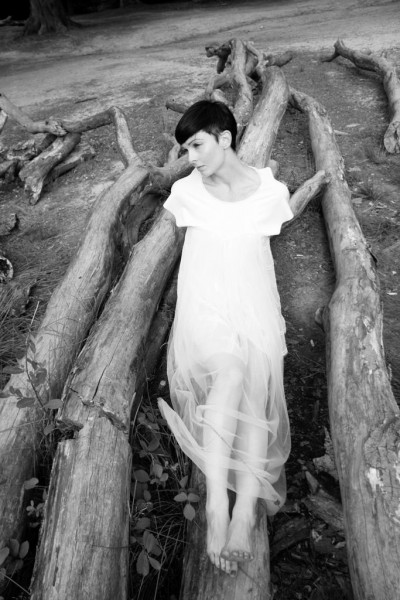 ‘Woman Scorned’ is the debut single from London based singer songwriter Saint Saviour. The single will be available on limited 7” vinyl and download from 11th October through singles label Euphonios. The single will also feature acoustic track ‘When You Smile’ and a remix from Dimbleby and Capper.

As a singer, Saint Saviour has recently been one of the most sought after guest and session vocalists in London. In 2010 alone she has recorded an album and toured incessantly with Groove Armada as their lead singer, as well as working with Joe & Will Ask, The Slips and Punks Jump Up. The versatility of her voice is key to this success, gaining comparisons to everyone from Maria Callas and Karen O to Kate Bush and Antony Hegarty – a testament to her strict practice routine. As a songwriter Becky has written dozens of songs in various genres for her full time bands The RGBs, Groove Armada, Redstar and The Heard (her 50 voice alt choir), with releases on Cooking Vinyl, OM Records, Bacardi Music and Hed Kandi, but it is solo as Saint Saviour that she has really found her niche. Her haunting new-gospel ballads and country soul tracks have allowed her to showcase the full range of her abilities as a singer and an artist. As a fierce live performer with Groove Armada at the festivals this year she has picked up fans in high places, with Edith Bowman, Neil Tennant, and Steve Lamacq all giving high praise to her stage craft and showmanship. Groove Armada’s Andy Cato has even gone as far as to say she is the ‘performer of her generation.’ Saint Saviour says of her live show “I don’t believe in holding back on stage. If I come off with any energy left, it’s not been a good gig. I’m quite shy in real life so there’s a lot to let go of when I get up there. I believe people are there to be moved, in whatever way they can, and it’s my job to do that. If I don’t mean it then they’re not going to feel it. So I give it everything I’ve got.”

Steve Hewitt on Love Amongst Ruin: welcome to the dark side