Mitchell Museum release their new single, ‘Tiger Heartbeat’ on the 11th October 2010 through Electra French Records. It is taken from their forthcoming debut album, ‘the peters port memorial service’ released on the 18th October 2010.

Scottish oddball pop maestros Mitchell Museum have quickly become a much-touted young act. Introducing themselves in the early Summer with the leftfield and frenetic ‘Warning Bells’ single, it marked an exciting introduction to these youngsters who have since gone on to headline the new band’s tent at T In The Park.

Shirking the advancing chequebooks of both the major labels and larger indies in order to do it themselves with the help of edgy, independent t-shirt designers Electra French, these fiercely independent young Glaswegians are determined to do things exactly how they want to.

Living together in a cramped, dank flat above Glasgow’s Nice N Sleazy venue, Mitchell Museum create and nurture their technicolour magic, oblivious to the mundane daily grind that occurs behind the net curtains facing onto Sauchiehall Street.

Tiger Heartbeat is another melody heavy pop song that provides another fitting introduction to the forthcoming debut album ‘the peters port memorial service’. The album’s title derives from the town on the Isle of Benebecula in Scotland where vocalist Cammy was shipped out to live as a kid by his parents, and was treated for ‘losing his mind’. Although close friends, he and brother Raindeer count those lost years as monumental in bonding their relationship, and the band has become an extension of that bond.

Raindeer met guitarist Dougie at music college in Glasgow. The pair were lectured to by Ted McKenna from The Sensational Alex Harvey Band, who had a habit of recounting his old rock’n’roll stories to the class. Raindeer and Dougie were thrown out of the class during one such tedious diatribe for attempting to drown him out by playing the theme tune to The A-Team on a £1 keyboard from Cash Convertors. Meanwhile, bassist Kris was discovered at a house party, drinking whisky-infused coffee by the pint glass. A mutual appreciation of US college bands WHY? and Menomena was mused upon, and Mitchell Museum were formed.

Splattering the more instantaneous moments of Animal Collective, Flaming Lips and Modest Mouse Pollock-style onto a fluorescent canvas, and capped by a healthy dose of hyperactivity. It’s a sunshine sound that cult US acts achieve so cleverly, but with their distinctly British twist of wry lyricism, Mitchell Museum have pitched up with a sound all of their own.

Dec 3: The Arches – Glasgow (with Menomena) 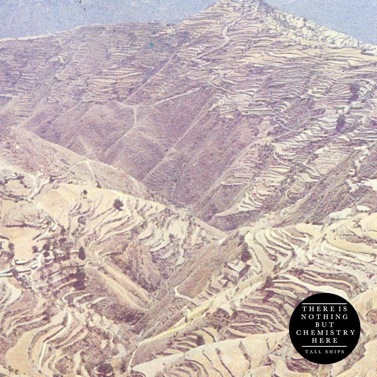