I’ll admit, when I discovered where I’d be seeing Mountain Man live Thursday night, I jumped for joy a little. The venue was St Giles, and having previously seen the band at a similar venue, Union Chapel, I knew very few things can top what happens when Mountain Man and churches come together. My only slight concern was that the gig at Union Chapel was so great, another one may not live up to it. I needn’t have been worried though – from the moment the girls stepped on stage, they proved once again that they’re absolutely fantastic both in recording and live.

First thing’s first though, and support band The Lost Brothers definitely deserve some recognition of their own. Much like the headliners themselves, The Lost Brothers conjure up a strikingly vivid sense of old America (particularly impressive given the men themselves are in fact Irish). Their entire set was genuinely beautiful, and left me feeling a little bit ashamed I hadn’t actually heard of them before that night, a mistake I’ve luckily now rectified.

Mountain Man themselves were typically brilliant; one of the things that appeals to me most about their shows is this unique sense of intimacy. They talk to the audience, they laugh – it’s just so unpretentious and natural, a quality that needless to say transfers to their music. In case you aren’t aware of Mountain Man’s musical style, it’s pretty much made up simply of three women and an acoustic guitar. Really, that’s it. There are no drum machines, no electric guitar riffs – the quality comes straight from their seemingly effortless harmonies and raw talent. The set comprised of tracks from their excellent debut Made The Harbor, the highlight for me being the beautiful Animal Tracks. If you haven’t already picked up a copy of their album, what are you waiting for? Get it, then do all you can to see them live. Bella Union have struck gold here – just make sure you don’t miss out on one of the best acts of 2010.

The Jim Jones Revue – Burning Your House Down

Kurran and the Wolfnotes give free track away! Get it here! 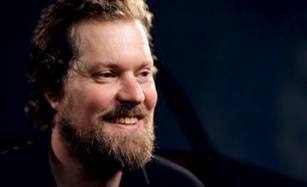