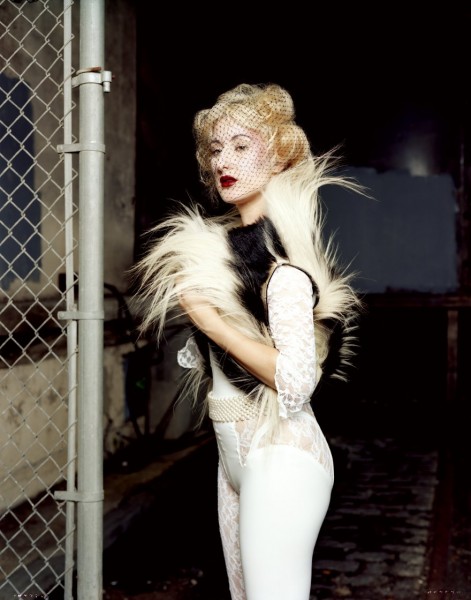 After last week’s release of album ‘Stridulum II’ on Souterrain Transmissions, and with her first ever UK tour coming to a close supporting Fever Ray at Brixton Academy this evening,Zola Jesus has unveiled a new video.

One of the new tracks exclusive to ‘Stridulum II’, ‘Sea Talk’ was described by The Quietus as“proper lump-in-the-throat stuff, siren calls and electric claps backing a last third which, if there’s any justice, won’t leave a dry eye in the house wherever she plays this year.”

You can see the video here: http://www.youtube.com/watch?v=XlddZf9R0jU

The video’s director Jacqueline Castel, who also made Zola Jesus’ previous videos for Clay Bodies and Night, explains her vision for it:

“The video for Sea Talk was inspired by the acts of sleepwalkers, caught in their own separate, solitary dream reality, locked into cycles of actions every night. In this dream reality, static electricity becomes an otherworldly conductor for Zola Jesus’ nightly psychic twin telecommunications. Merging influences as varied as Videodrome, the somnambulists of silent cinema, and my own childhood spent watching Midwestern lightning storms, this eerie meeting between sleepwalker and her own televised image leads to the breakdown of dream and reality, with each succession of image degeneration leading to the ultimate decay of both worlds.”