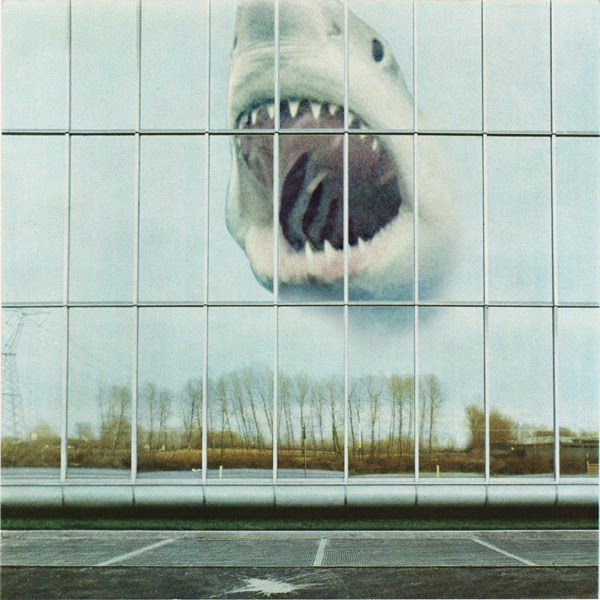 We asked two of our writers to give an opinion on Black Mountain latest album. The results can be read below but let’s just say that this album is a must have!

There must be something in the water in Canada. Every so often, a strange artistic collective will appear out of the blue, and cause a stir in the world of underground music. Pitched somewhere between The White Stripes, Deep Purple and Oasis you’ll find Black Mountain. The above sounds like a sickly blend, but in actual fact when done right you find yourself with a heady cocktail of light psychedelia and heavy garage rock spiked with accessible hooks: crunching guitars laced with spacey keyboards and enticing male/female vocal interplay.

Oddly-titled opener ‘The Hair Song’ kicks the album off with a swaggering bluesy rocker of formidable yet even proportions. The snarling distorted blues guitar intro and surging drums contrast nicely with the flute and acoustic strumming, and the vocals are dirty yet optimistic as they interweave with one another. The solo features effects and keyboard work that peg this band as a true hope for the fans of the old-fashioned garage psychedelia that eventually birthed such legends such as Led Zeppelin. The lyricism here matches the vocal style. Both singers use a jaded yet bright inflection, and similarly the lyrics are optimistic but by no means idealistic.

‘Old Fangs’, with a simple yet propulsive and rock-solid drumming, heavy metal distorted guitar and snarling organ-esque keyboards (no really) launch the album from the Led Zeppelin side with its flashes of light to the darker, more aggressively pitched tones of Machine Head-era Deep Purple and even hints of Black Sabbath in the guitar sound. The lyrics also speak of a far less hopeful world. Similarly, despite its cheerful name ‘Rollercoaster’ is a ponderous slab of heavy psychedelia that seems to be the sonic equivalent of a cavernous empty room with the lights turned off, sparse sonic interplay showing off each individual aspect of the band. The keyboards and drumming take the forefront here for the verses, slowly unfolding a heavy-hearted riff, as the sombre vocals drawl out a weary tale. The guitars and tunefully bleak female vocals come almost hand-in-hand, helping to pace such a carefully-constructed track, turning a stark and empty atmosphere into a fierce statement with heavy riffing.

Of course, an artful band such as Black Mountain couldn’t content themselves with a one-tone album. ‘Radiant Hearts’ is a truly chilling and philosophical acoustic duet in between the rockers, vocals harmonised eerily, backed up by folk-tinged fingerpicked guitar and shimmering keyboard atmospherics before an abrupt ending.

‘Let Spirits Ride’ is a true heavy metal track, with rapid, plunging riffs and chorus-pedalled vocals held up with solid drumming. Spacey psychedelics are used to great effect, and the guitar solo moments are metallic without feeling like the token wanky metal solo despite evident technical prowess.

The sixth track ‘Buried By The Blues’ is indeed a return to slow-paced blues rock. Echoing steel guitar croons beneath mournful strings and limping blues drumming. Despite this being a richly textured track, nothing feels superfluous, and instead of flourishing into a showcase, this remains a sombre and understated thing of quiet beauty. Bleak social commentary combines with the typical blues subject matter and eerie atmosphere to create a powerful track that lifts into the realm of transcendent. But in case things were getting too weighty, ‘The Way To Gone’ brings back a sneering pride to the desolation, dragging a sinuous, distorted guitar riff to a track that brings to mind dusty and sunbeaten landscapes, as well as the guitar sound channelling some Jack White vibes over the arty Led Zeppelin hints.

Title track ‘Wilderness Heart’, however, tramples over the listener with a ferocious resurgence of the earlier Deep Purple/Black Sabbath comparisons. Whoever said that female singers nearly always lighten a track has not heard Amber Webber’s dark and wholly rock vocal style. She can handle both attitude and melody in a fantastic manner, and the use of male/female vocal interaction means that every track has a multi-faceted sound to it, and this particular track goes even further as every band member gives it all their best efforts.

Of course, such a beating can only be followed up by another acoustic respite: ‘The Space Of Your Mind’, a heartfelt ballad with some charming lyricism and an enthrallingly simple sound. And kudos to Black Mountain for writing a ballad that is not in any way soppy. If you ever wanted to hear Pink Floyd channelled by blues, this is your rewarding opportunity.

And after a slow buildup of drone and guitar, sober acoustic-toned psych-ballad ‘Sadie’ draws things to a close in a manner as natural as sunset. Once again, Black Mountain inject a slightly surreal socio-political observations into their bleak balladry.

By turns crushingly bleak and in possession of a beautiful and understated hope, Black Mountain’s third album is a work of true artistic drive and intelligent songwriting. Find this album, and “let the whole world turn you on”.

Having previously been blown away by Black Mountain’s recent single Old Fangs, it’s safe to say I had high hopes for Wilderness Heart. And I wasn’t disappointed. From the aforementioned, excellent opener Old Fangs to the introspective, emotional finale that is Sadie, I was massively impressed. The sound falls somewhere between newer incarnations of southern rock, 50s/60s-esque rock ‘n’ roll, and hard rock, though elements of other genres pop up now and again all over the album – in the almost-folk, psychedelic Radiant Hearts, for instance. The first comparison that came to my mind was Queens Of The Stone Age, though this isn’t particularly substantial – Black Mountain have constructed a unique sound of their own. Highlights of the album include the overwhelming Let Spirits Ride (featuring some alternately ominous and hyperactive synth and guitar solos) and the excellent Rollercoaster, a track that showcases the sheer strength of joint vocalists Stephen McBean and Amber Webber. A must-listen for anyone with even a vague interest in music.