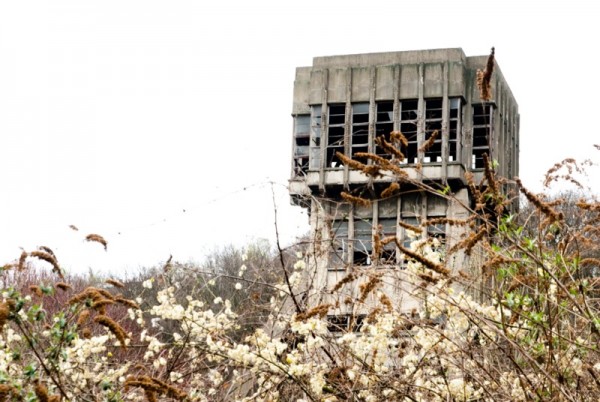 The line between “charming” and “sickeningly twee” will always remain an incredibly fine one. In fact, whenever it isn’t blurred to the point of being impossible to see, it is as thin as the edge of a recently sharpened knife. Case in point being the seemingly endless supply of indie-folk pop bands that are flooding the market. However, if you’re someone who has a genuine love for sepia-toned folk music that is untouched by the ravages of the zeitgeist, then True Bypass’ self-titled debut album might just be your new sweetheart.

Starting off with the pure and gentle melody of ‘The Lake’, right from the onset you can feel the organic musical chemistry of singer Chantal Acda and guitarist Craig Ward. There’s no flash or grandiose pretence here, but instead there is a gentle, fluttering beauty like a butterfly’s heartbeat caught in the warm acoustic simplicity and the fragile yet compelling vocals. ‘Hallway’ in comparison switches down the tones to something mournful despite the adding of sonic layers, the nuances of drum machine and tinkling keyboard chimes proving obtrusive to the song yet as an atmospheric device gives the ghostly body of the song something to hide behind.

The easygoing strumming of ‘Elskan’ once again varies the pacing of the album. This is one of the most stereotypically folk songs to be found here, mystic and enticing in its love affair of the beauty of nature. The two artists’ guitarwork and vocals interweave in a nearly seamless manner, contrasting in a harmony so close it almost becomes one single musical entity. Similarly, ‘Trying To Make It Home’ is another track with a distinct warmth in its softly strummed heart. The vocals are of a more sombre tone, describing a mournful loss of love in its own charming manner. Heartbreak is rarely this delicate and enthralling. Integral to the mood of this particular track, however, is not so much the lyrics – which are simple yet effective in their narrative – but instead the faint crackle which lends itself to the feel of something since passed into the mists of time and bittersweet memory.

The piano reappears on ‘Love We Are’ in a much less obvious manner, this time blending into the feathery surroundings with gentle chords. The layering of barely-perceptible pitch variations in Acda’s vocals combined with the lilting guitar melody combine to create something mesmeric. In ‘Drawing The Lines’, piano becomes the primary instrument in a melody that could break the heart in a single understatedly powerful moment.

Before things get too overbearing, ‘For This Life’ brings back the tuneful guitars and a slightly more upbeat and rhythmic feel to their quiet and stately songwriting. The fingerpicked melodies in this track especially are enthralling and deftly employed. In contrast, ‘How To Find’ uses the same fingerpicked style, only stripped to its bare bones and used as a voice in itself, the vocals placed forwards in the mix yet somehow almost a backing to the music. Once again, a broken heart is tenderly caressed in the lyrics, pieced back together with ghostly vocals and sweet guitar.

And closing off the whole thing is ‘Ticky Tok’, almost childlike in its sweetness and its naïve nursery rhyme lyrics. The overall feeling is of purifying the listener, using its fragile charm to clean away all the chart nonsense and bringing them something uncontrived.

In all honesty, some tracks outstay their welcome, and they begin to blur into one another, but as a continuous piece this release has an appeal all of its own.

Perhaps the lyric “it’s majestic to behold” could be applied here. ‘True Bypass’ is not an attention-grabber, but it finds its way into the listener’s heart and settles there. On the surface it is a barely-produced and unassuming collection of songs that possess a hypnotic refrain and some enchanting songwriting. However this is merely a statement on how good Acda and Ward are – they don’t need to impress, they simply exist in their own world of good music.