4AD introduces Twin Shadow, the latest addition to the 30 year-old label, rubbing shoulders alongside the likes of Ariel Pink’s Haunted Graffiti, Bon Iver, Deerhunter and The National. Initially discovered by Grizzly Bear’s Chris Taylor, 4AD will release the debut album Forget outside of the US on November 15th 2010 (Forget will be issued in the US on Taylor’s new label Terrible Records).

Twin Shadow is the nom de plume of George Lewis Jr. The troubled son of a hairdresser and “a teacher who lived many lives” his formative years were spent in suburban Florida. Later, George escaped and travelled north to New York where the slow gestation of Forget took place over a duration of many months in his Brooklyn apartment. Impressed by the unknown Twin Shadow, Chris Taylor lent his considerable talents as a co-producer, getting behind the dials to add a final flourish to the eleven tracks that would become Forget.

Talking about his debut, George Lewis Jr. remarks, “I can say without shyness, Forget was and is a product of the hardest work I’ve ever put into anything. Please listen closely to the last song [title track ‘Forget’] on the record, as I wrote it for you.”

Commenting on signing to 4AD, Twin Shadow says, “Four or five months ago I was watching Lost Highway with a beautiful Swedish girl, we both fell in love with This Mortal Coil’s cover of Tim Buckley’s ‘Song To The Siren’. I remember thinking, “Man I wish I had seen that band, I wish I had been around at that time, I feel like my record belongs in that family.” …Here I am joining that family, for which I couldn’t be happier.”

To hear a taster of Forget, download a free MP3 of album track ‘Slow’ from here:

8. Castles In The Snow

Jose James & Jef Neve – For All We Know 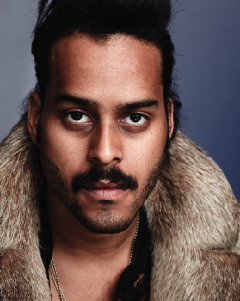