Australia’s Philadelphia Grand Jury exploded onto the stage at a packed Lexington on Friday night. Possessing an energy beyond most bands, they burst into an exciting opening rendition of ‘I’m Going To Kill You’.

Any doubts that the band would be able to maintain this level of energy were quickly discarded as the band went from song to song, with frontman Simon Berkfinger and bassist MC Bad Genius trashing across the stage and charismatic drummer Calvin gaining more crowd attention than most. Not only a clearly talented drummer but also an impressive showman, often standing up, waving around whilst he played and at one point doing a mad drum solo.

Berkfinger and Bad Genius constantly swap microphones and at one point even guitars, mid-song.

Musically speaking the band float somewhere around the DIY punk rock side of things, without being un-listenable, as so much of that genre seems to be.

Despite the fact that there was obviously a solid Australian fan base in the crowd, even a casual punter who popped into The Lexington couldn’t fail to be mesmerised by the band. Whatever your feelings about the band’s music, they simply cannot be ignored and are a welcome injection of energy to the UK music scene. 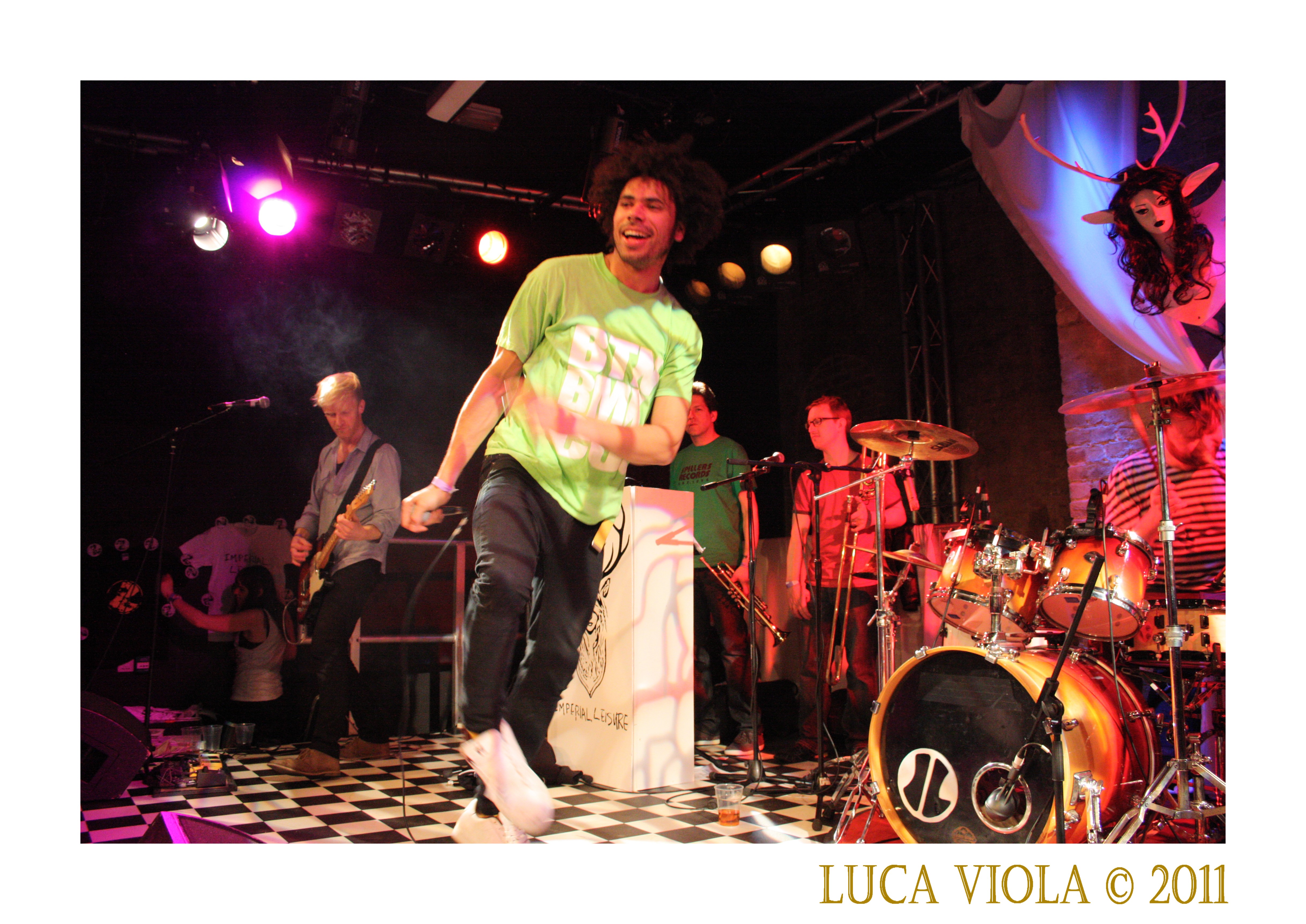