Wild Party offers “Life’s Too Short” as a free download! TAKE MY ADVICE/LIFE’S TOO SHORT

What do you get when you take five gangly kids from the middle of Texas, give them a laptop and some beat up guitars, and tell them to make a record? Well, a party of course. The conception of Lincoln Kreifels and Lucas Hughes’ (vocals & guitars, respectively) bedroom laptop demos, Wild Party is the latest, and soon to be greatest, band to cross the pond from the States to the UK. The single is set to be released on the 25th October on Friend Vs Records.

Lincoln voice sounds remarkably like Brandon Flowers – in fact Wild Party could easily be the love child of The Killers and The Strokes. However, upon closer listen, sounds like the band have taken the best parts of the sixties, seventies and eighties, put them in a blender, then shook with a few shots of vodka. Imagine The Rolling Stones, The Talking Heads and Flock of Seagulls got locked into a studio for a week with nothing but their instruments, a disco ball and a healthy supply of grain alcohol.

Wild Party’s debut single, Take My Advice, is a catchy blend of pop melodies prancing atop dance rhythms and lushly backed by swirling B3s, tube-driven guitars and samples that could have been pulled from Mac or been looped off an AM radio. The band is set to tour the UK in support of their single in the fall with Liverpool natives The Wombats. When asked what to expect from their forthcoming record, Link replies with “So, like this giant evergreen right? Like it falls perfectly across a rapid river… deep in the tropical forest of Mozambique, and even though there’s like no one there to hear the sound, an inexplicable energy is released that animals react to instinctively and begin making their voyage on this celestial, unspoken of path to the mainland and righteous parties.”

Wild Party is comprised of the brothers Lincoln and Jake Kreifels (vocals & bass), Lucas Hughes (guitar), Ethan Kaufmann (guitar) and Jared Shotwell (drums). Take My Advice will be available for streaming and on general release on 25th October. Both songs are being released under (Record Label) and will be available on 7″ vinyl .

Get Life’s too short here! 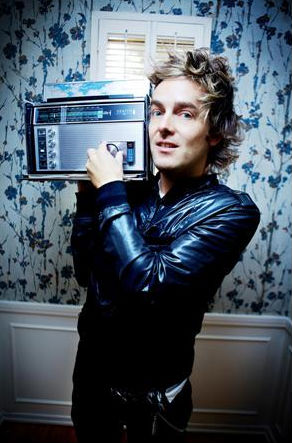