Counter Culture is a stimulating new multi-arts project based around a pop-up venue underneath London Bridge Station. It is a series of edgy yet accessible cultural and musical events that aims to take the focus away from East London’s perceived ‘cutting-edge’ hegemony and encourage the culturally curious to experience the Capital’s ‘counter culture’ in a relaxed and unthreatening environment.

Events will run nightly under London Bridge Station, from 24th September through to 1st January. The Counter Culture team have collaborated with a carefully selected handful of the best and innovative promoters to bring you an unrivalled mixture of club nights, live shows, comedy, plays, cinema, and art installations; all put together with the enthusiasm and sense of adventure that really defines what Counter Culture is all about.

What is it all about? As co-ordinator Hannah explains; “The entire ‘creative’ industry is based on people telling us what we should be wearing, listening to, going to and buying. When asked what we think of a band we have to use another band reference to justify our opinion. You can’t just say something was rubbish or amazing. You have to say why. Somehow our opinions have to be justifiable to the masses. That’s what you sign up for when you start something new. You have to be prepared that people will disagree with you and you have the choice to suck it up or fight your corner.”

So that’s what the organisers Lee, Alex, Hannah and Ali are doing, boxing clever with 99 straight days of Counter Culture. New stuff, old stuff, fun stuff, important stuff. But what’s important to, is that it’s been hand-picked by a group of individuals who may not all agree on the perfect night out, the perfect play list, film maker, artist or coolest clothing brand. But all agree they wanted something new, refreshing and independent.

Unlike many cultural projects Counter Culture isn’t backed by a huge venture capital company, they a small concentrated team with a host of active supporters – the authentic independent real deal, not influenced or governed by investors or sponsors. It’s an ever changing space with new promoters, artists and curators taking part – a non-exclusive venture to help bring together the best of London’s music and arts scene, and they encourage you to experience it with them.

Patrons can expect reasonably priced drinks and entry. No beers are over £3 and no event exceeds £15 ticket price, some are even free! There is also the added bonus of a late night 2:30 am licence midweek and 6am at weekends.

Alongside a comprehensive events line-up, there will also be a published Counter Culture magazine featuring interviews with the main players and promoters, acts, DJ’s, and creatives involved in the project. Complimenting this is their main website documenting each night, as well as featuring interviews, profiles, live reviews and features on people involved in the events programme, as well as those falling under the Counter Culture ethos.

The Charlatans Postpone US Tour 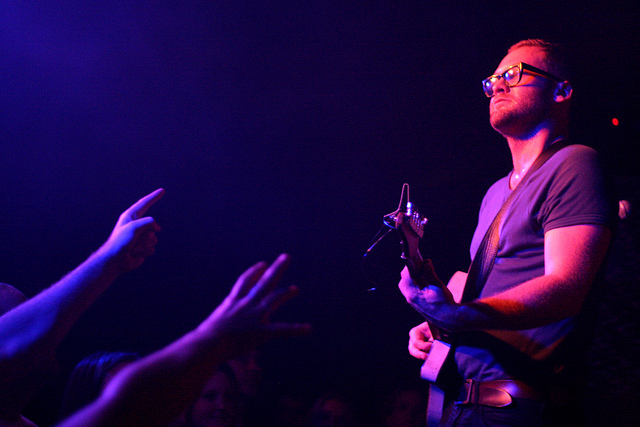