InMe – Phoenix: The Best Of InMe 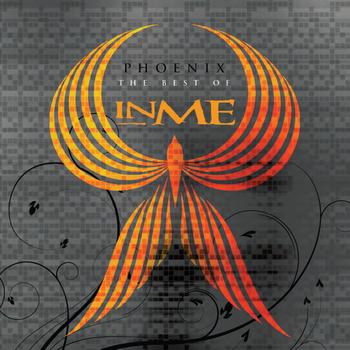 Coming from a burgeoning alt-metal scene that is springing up amongst the UK’s youngsters, InMe were pioneers in the British emo-metal scene, having been knocking about in various guises since the mid 1990s and their influence can be seen in bands from Fightstar to Enter Shikari.

The opening track, ‘All Terrain Vehicle’, gently introduces the listener to InMe’s sonic world: trembling yet strong neurotic vocals croon out an anguished tale of self-disappointment and loss, as the drums quietly crash away on cymbals. This is one of their softer songs, being largely driven by a tragic piano riff, backed up by acoustic guitar. Later on, however, hints of InMe’s more typical sound bleeds through as the track soars, layers of piano, strings, vocals, drums and even stadium metal guitar bleeding through to a dramatic finish.
‘Bury Me Deep Beneath Your Skin’ is perhaps not the best choice for a follow-up track given its slow rave buildup that spontaneously explodes into what sounds like a celebration of thrash metal and angry teenagers everywhere. The guitars run manically over scales and everything is laced with distortion and wrapped in a debt to Metallica. The playing on offer is no doubt incredibly technical, and the riffs can offer moments of brilliance, even if the chorus suffers from the modern alternative scene’s problem of forcing Bono-esque choruses into seething metal songs. This is followed by ‘Chamber’, a modern power ballad with restrained and simple drumming, and a chance for the sensitive vocals to fully stretch themselves in restrained verses. This time, it is the chorus that thrashes and screams to tear up the fragility of the thinly-layered opening verses with their lilting melody.
A recurring theme in the first few tracks is to have a sensitive song, then a really loud one, and so ‘Cracking The Whip’ kicks off sounding like at least three Metallica tribute acts having a riff-off, before settling to allow the vocals to be heard over the noise, although everything does (thankfully) return in the choruses in a glorious cascade of sound, thus saving us from the U2 moments. The solo is a calculated technical beast on all fronts that leads back to the chorus flawlessly. Then the trend is broken by the borderline grunge of ‘Crushed Like Fruit’, which features much grittier vocals and namechecks Soundgarden as a possible influence. Ditto with the snarling rock attack of ‘Faster The Chase’, although the heavily processed Bono chorus returns with a vengeance, creating a mismatch with the Black Sabbath guitar work. Following the Sabbath-bothering aspect is the buzzsaw guitar intro of ‘Saccharine Arcadia’, although the body of the song is indeed saccharine, somehow blending a light and accessible surface and a metal centre, with some truly vicious happenings to start the song, to flesh it out into a real beast of a track in the instrumental, and to finish it off, where InMe suddenly seem to become a death metal inspired outfit with cavernous guitar shrieks that rumble discordantly.
Despite some truly inspired harmonics and a tempting bassline, the yowling vocals make ‘Firefly’ a little hard to listen to at times, although the lyrics and musicianship are solid, bordering on inspired at moments, although dipping to clichÈ at others. ‘Myths And Photographs’ returns to the same tones as earlier: angsty, delicate vocals draped over evil and incredibly technical guitars and cymbal-heavy drumming, as does the initially rabid, later sinister and tense rave-edged rockout of ‘Nova Armada’. Speaking of rave, ‘Single Of The Weak’ truly sounds like a prototype Enter Shikari, with some monumental synths and a heavily dance-inspired beat that is used to illustrate InMe’s dislike of the mainstream music scene.
The award for most upbeat sound has to go to the energetic and somehow bouncy mosher ‘Safe In A Room’ as it blends a hint of pop melody with alt-rock distortion and lyricism, and modern metal playing style, complete with moments of screamo singing.
There is a double-whammy next up: ‘Thanks For Believing Me’, and ‘Thanks For Leaving Me’, the former being a tender and largely acoustic ballad, stubbornly staying unplugged and soft (other than the cymbals) even when you find yourself waiting for the rock to drop with each pause the band dangle before you. The latter initially uses the acoustic guitars in a flamenco tinged tension building intro that once again shows the band’s melodic sensibilities, before it becomes a stadium style acoustic ballad. These two tracks are not only in title but in nature the most appropriately-matched tracks on the compilation.
And to close it off, we are thrown the most vicious riffs on the whole collection, the intense and savage buzzsawing of ‘Underdose’ with its taut drumming and malignant bass underpinning the full snarling and screaming capabilities of vocalist Dave McPherson.

The emo metal pedalled by bands like InMe is often scorned as annoying teen trash, but this is more a matter of personal taste, as InMe are indeed able to have pulled together a substantial body of material for this compilation, showing a multi-facted style which has its strengths as well as its faults. However, I would have to say that the pacing of the tracks does little in favour of ‘Phoenix’. As a showcase of ability it is functional, but as a coherent collection of songs it falls a little short of the mark.