Those who have visited Dublin will know that sipping Guinness by a fire in a nice old pub while it’s chucking it down outside is one of life’s great pleasures. It’s also, as you can probably imagine, the perfect setting for eagerly hatching wild ideas and schemes. And so on one such blustery and cold night in September two friends, Tim Rice-Oxley and Jesse Quin decided (whilst in wildly animated conversation about music and probably also well on their way to needing a taxi home) that they would make a country album. As with so many ideas that come about on a belly full of Jameson’s, in the cold light of day it did not seem like such a good plan. Two English men trying to sing like Hank Williams was definitely a recipe for disaster. The whole thing was forgotten about in the time it took to recover from the headache that morning. But the headache was to return.

Out of the blue a couple of months later Tim emailed Jesse a rough demo of ‘Departure’. Not wanting to be outdone, Jesse vollied back a demo of ‘Annie Ford’. Before they knew it there were half a dozen songs and without really putting much planning into it, the idea to make a record was resurrected.

Enlisting the help of friends from various other bands the newly formed group went into Eastcote studios in London at the snowy start of this year. With production wizard Emery Dobyns (Anthony & The Johnsons, Noah & The Whale, Patti Smith), patiently manning the controls, the idea was to record as much of the album live as possible, in true country style. For the finishing touches, they experimented with whatever extra noises they felt like (cue dustbin lids, anvils, bullhorns and heavily distorted theremins) and a supporting cast of friends who would regularly stop by and add their ideas, whether invited or not.

The end of the recording sessions marked the end of the first chapter of the story. The band had revelled in the joy of making music without any motive other than just doing what they loved. As Mt. Desolation begins its second chapter, the fun and excitement of making the music remains, except now instead of being confined to a recording studio it’s being taken on the road to share with anyone who wants a part of it.

With the album completed in late May, Mt. Desolation announced details of a free download, ‘State of Our Affairs’, through their band blog after a deliberately low-key debut gig at London’s Luminaire in early June. The MP3 was downloaded several thousand times and introduced Mt Desolation with a haunting, atmospheric ballad featuring a starkly plucked violin and a vocal by Jesse. Within twenty-four hours, YouTube was already awash with live recordings from the Luminaire show and to their fans, Mt. Desolation had progressed from a tantalising series of studio shots and cryptic messages on a blog, to a band with an arsenal of beguiling songs.

The eponymous album opens with ‘Departure’, a raucous, high-tempo hoedown of a song, written and sung by Tim. Featuring The Killers’ Ronnie Vannucci and Mumford & Sons’ Country Winston, it is a hugely spirited tune that sweeps with an infectious rhythm and classic-sounding chorus. It’s followed by ‘Annie Ford’ a song written and sung by Jesse with a stetson doffed to Nashville. Jesse’s rich timbre evokes the spirit of the rapturous Tennessee era of country, and serves as an accomplished introduction to another fine young songwriter.

‘Another Night On My Side’ is as reflective as it is warm and cocooning, and features a beautiful duet between Jesse and Jessica Staveley-Taylor (one third of the hotly tipped band of sisters knowsn as The Staves); ‘Platform 7’ revisits the high-octane country rambling spirit of ‘Departure’; ‘Bridal Gown’, is a charming, soothing lament; and the bluesy ‘The Midnight Ghost’ takes its inspiration from Jack Kerouac’s ‘The Dharma Bums’.

Over the course of 10 songs, ‘Mt. Desolation’ circles a broad pool of emotions. It is a record born out of a spirit of adventure and a lot of fun was had in the making of it.

Mt. Desolation Tracklisting: Departure, Annie Ford, Bridal Gown, State Of Our Affairs, Bitter Pill, Another Night On My Side, The ‘Midnight Ghost’, Platform 7, My My My, Coming Home. 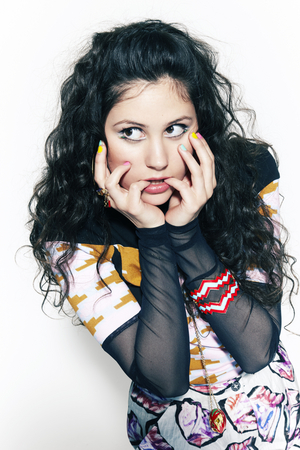