Steven Ansell and Laura-Mary Carter are pleased to announce the release of new single“Light It Up” on November 8th .

Taken from their sophomore album ‘Fire Like This’, “Light It Up” is a trademark BRS track and firm live favourite.

for 50 lucky fans on November 4th. The band will be exclusively previewing some brand new material.

Fans are to email their name over to competition@bloodredshoes.co.uk. The first 50 names will all eligible for entry into the show.

Fresh from a Summer of gigs and festivals, the duo blew away many a crowd in the UK & Europe, and have been touring heavily since the release of “Fire Like This” back in Spring. The next couple of months see no slowing down in their touring schedule with a stint of shows in the US throughout October, and the same in Europe in November.

With two Radio 1 B-Listed tracks already under their belts, “Light It Up” is set to be another smash hit, the tracks uplifting melodies and blazing guitars create a perfect rock song as Steven explains:

“to me light it up is like our pixies formula song, just groove on the

verses then smash the distortion up full on in the chorus.  it’s about

explode as well as craving for chaos, upheaval and destruction

The band will be stopping off on our shores next month too play two headline dates in London & Manchester as well as a special homecoming show in Brighton, which will top off yet another incredible year for the duo.

Half price tickets to see PHAROAHE MONCH plus Win Tickets too!... 5 April 2011 | aaamusic 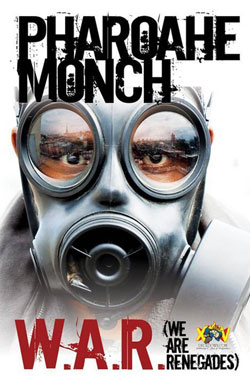