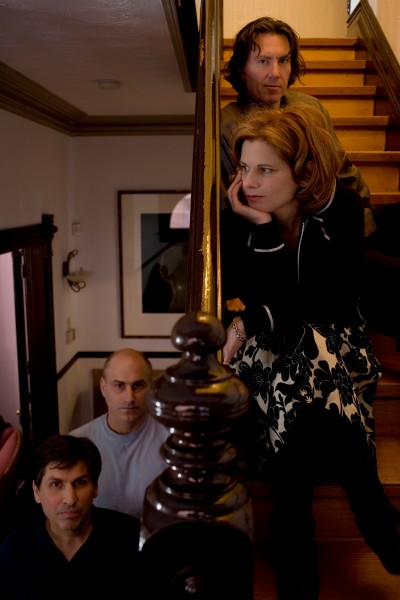 Cowboy Junkies are set to release Renmin Park – The Nomad Series Volume 1 on October 25th through Proper Records in the UK.

With the release of Renmin Park, Cowboy Junkies are beginning their most ambitious period yet. Inspired by a three-month stay that Michael Timmins and his family spent in China—which he describes as “an other-worldly experience”— Renmin Park is the first of four releases planned over the next 18 months, collectively titled “The Nomad Series.”

Renmin Park (translated, it means “People’s Park,” as found in every Chinese town) is a celebration of the sights, sounds, and characters of Jingjiang, a small town (by Chinese standards) situated on the Yangtze River, about two hours from Shanghai. Several of the tracks were actually built on loops made from “field recordings” Michael made in China where he recorded a myriad of sounds from music and conversations to badminton games to students chanting their lessons or performing their morning calisthenics. The album also includes covers of songs by two of the country’s most important rock artists—“I Cannot Sit Sadly By Your Side” by Zuoxiao Zuzhou (ZXZZ) and Xu Wei’s “My Fall.”

“Renmin Park a fictional love story about two people whose two worlds will forever keep them apart,” says the guitarist. “It’s a thank-you letter to an obscure city and the people who opened up their lives to five very strange strangers. It’s a document about a bewilderingly complex culture that is, once again, experiencing a massive upheaval.”

Cowboy Junkies will play dates in the UK in November:

The album will soon be followed by Demons, on which Cowboy Junkies will cover the songs of their late friend Vic Chesnutt, who passed away in December 2009. “His catalogue is so deep and, for the most part, so overlooked,” says Michael. “It will be a labor of love.” The final two volumes of the Nomad Series will be titled Sing in My Meadow, the contents of which are still being discussed, and The Wilderness, a full album of new songs, some of which (“Angel In The Wilderness,” “Fairytale,” “The Confession of Georgie E”) the band has already introduced on stage.

The band’s recently revamped website will play an important role in the Nomad Series by taking fans inside the creative process and after all four volumes are released, plans call for a book that will delve into the character, nature, and inspiration behind each of the albums.

Michael sums up the band’s motivation for taking on such a massive project quite simply. “The main reason for wanting to do it,” he says, “is that, as we steam through our twenty-fifth year, we feel that we have the energy and inspiration to pull it off.”