Eat Your Own Ears Presents The XOYO Series

Full line up below.

JUNIP + WOODPIGEON
Monday 4th October
After a 5-year hiatus, Junip have returned to work on a new album and play a live European tour. Junip are perhaps most widely known for being the band of José González , but with influences ranging from Neu! to John Martyn, Junip sound mostly like Junip.

“Their sound is a mix of nylon stringed guitar, his distinctive voice, organs, analogue synths and drums. The songs are often dynamic, melodic and shadowy.” – Rough Trade

“4**** an inspiring meditation on exile and return” – Guardian

ERRORS and THE TWILIGHT SAD
Thursday 7th October
Scottish Indie titans The Twilight Sad and Errors share the billing for this co-headline show.
Errors manage to retain the elements of new-wave and acid-house that marked their early releases and build on it; a merge of angular guitars, spiraling, euphoric synths and informed dance sounds underpinned by truly mesmerising beats and rhythms in expansive, ambitious style.
The Twilight Sad are an indie band from Kilsyth, Scotland, and they combine folk influences with a more experimental live sound to create exciting indie music. Drawing on musicians such as Daniel Johnston, Arab Strap and Leonard Cohen, they write songs about their own experiences in the town they grew up in.

STEVE MASON
Thursday 21st October
Having previously been a member of the Beta Band, and recorded solo as both King Biscuit Time and Black Affair, Steve Mason has gone back to basics, using his own name for the first time, to produce beautiful acoustic based songs, full of well-crafted pop melodies.

Thursday 4th November
Egyptian Hip Hop emerged at the end of 2009 and were met with universal acclaim. NME tipped them as one of the top ten bands to watch in 2010, whilst the Guardian, Dazed, Loud & Quiet and Radio 1 have been all over them.
Since reinventing himself as the solo artist Connan Mockasin (previously Connan and the Mockasins) has used the early immersion in the blues to create his own musical language.

SLIEGH BELLS
Sunday 21st November
SLEIGH BELLS are just a duo — Derek on beat production, guitars, and songwriting; Alexis Krauss on vocals — but their tracks ram together many sonic worlds. Their electronic beats thud with gut-rattling low end; guitars are distorted siren squalls, or heavily gated and thoroughly crunched power chords, or playful, beta-band-esque strums. Krauss flips easily from hip-hop hook, to pop power, to sunshined, coquettish coos.
‘They might just be beginning, but the world is right there for Sleigh Bells to take, to put the wrongs right, to bring forth something fresh for the first time in quite a while’ – The Quietus
http://www.myspace.com/sleighbellsmusic
http://www.ticketweb.co.uk/user/?region=gb_london&query=detail&event=411080

MATTHEW DEAR – LIVE
Thursday 9th December
Matthew is a man of many different guises, whether creating and remixing under his own name, or one of his alter-egos – Jabberjaw, False, and Audion. Depending on who you ask, Matthew Dear is a DJ, a dance-music producer, an experimental pop artist, a bandleader. He co-founded both Ghostly International and its dance floor offshoot, Spectral Sound. He’s had remixes commissioned by The XX, Charlotte Gainsbourg, Spoon, Hot Chip, The Postal Service, and Chemical Brothers; he’s made mixes for the Fabric mix series and Get Physical’s Body Language. 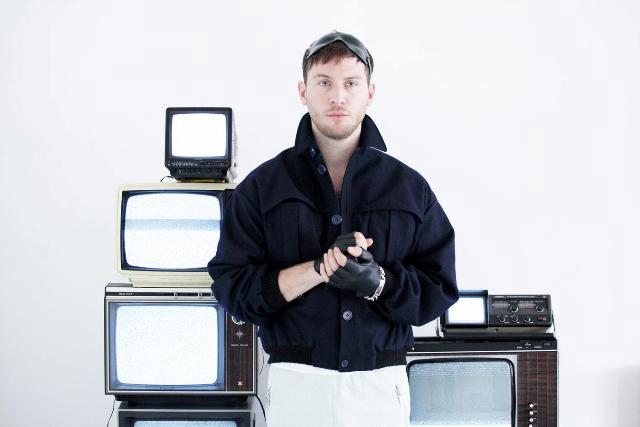