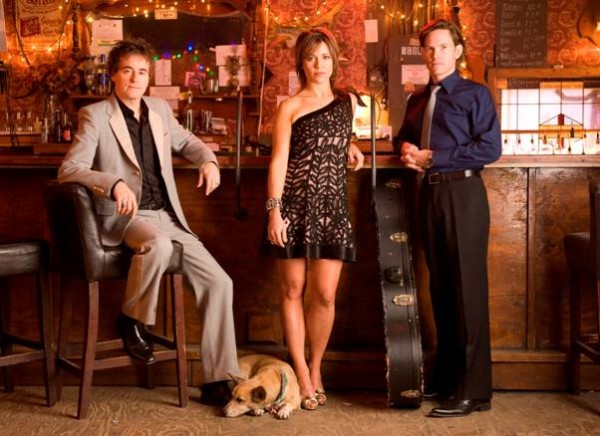 On 1st November 2010, Hot Club Of Cowtown will be releasing their new album ‘What Makes Bob Holler’ on Proper Records.

Recorded in three days but 12 years in the making, the new CD by Hot Club Of Cowtown is a tribute to their foremost influence and inspiration, Bob Wills and his Texas Playboys.  Taking time out from a recent tour in the United Kingdom, the band holed up inLondon’s Specific Sound studio, set up the microphones and hit record! The idea was to capture the jubilant energy and fine musicianship as if the band was playing at a dance or in concert.  This is the way Western Swing was meant to be played and heard!

The Tiffany Transcription recordings Bob Wills made in 1946 were the fundamental inspiration for HCCT’s repertoire and style.  On “What Makes Bob Holler”, the band meets fans’ requests for HCCT renditions of Bob Wills hits balanced with less familiar songs and pays homage to the King of Western Swing, Bob Wills.

This is what would make Bob holler!

IT’S ALL YOUR FAULT (Cindy Walker)

WHAT’S THE MATTER WITH THE MILL  (Bob Wills, Tommy Duncan)

At the end of October, Hot Club Of Cowtown will be touring the UK.