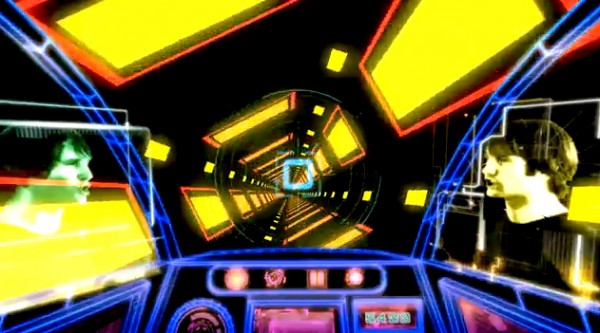 As Ash‘s year long A-Z singles series – in which they released a staggering 26 singles over 52 weeks – draws to a close the band have been asking their fans to vote for their favourite single from the series. The clear winner was Arcadia – letter C – also a firm favourite in their live set.

Nico Jones from Big Button – who made the videos for Return Of White Rabbit (which kicked off the series) and the Tron-esque Binary – worked with bassist Mark Hamilton to produce a pacy, retro ride to match the track and indulge in some Star Wars fantasies.

Meanwhile A-Z Vol 2 which comprises singles N-Z is available from October 11th and Ash round off their year with their final UK dates of 2011 at the following venues.

and a trip to Japan:

80’s Rewind Xmas Tour with Kool & the Gang and Friends