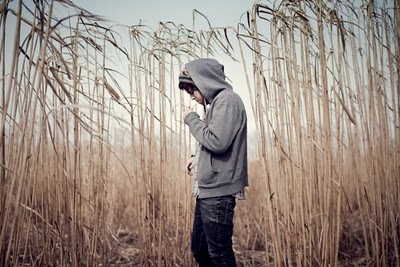 You may not have heard of Benjamin Francis Leftwich but trust me when I say he will soon be on your radar because this boy is destined for great things. His debut effort ‘A Million Miles Out’ only last fifteen minutes but every single second is a pure joy to listen to. Too often singers feel the need to be self indulgent to the extent that this is bland or to try so hard that their music is incomprehensible; ‘A Million Miles Out’ is stripped back bliss at its best. There is no need for effects here, all that matters is the pure serenity that is held in the gorgeous vocals that are the focal point of each and every track.

It would be entirely over simplistic for me to suggest that the vocals are the only important thing to this EP; the sheer deftness of the finger picking on display here is intrinsically commendable. Furthermore, the lyrics are immediately relatable, for example, “when the stars are the only things we share, will you be there” being the perfect metaphor for distance in a relationship.

The EP starts with latest single ‘Atlas Hands,’ which is probably my personal favourite due to its universal relevance; I cannot envisage a time when Leftwich’s subject matter will somehow lose significance. The female vocal is a welcome extra to the track and serves to strengthen the notion of two people in separate places thinking the exact same thing. What is particularly striking here is the delicacy of the track; it manages to portray fragility without becoming bland or excessively angsty.

This is one of the major strengths of the entire EP; the songs are incredibly personal and seem close to Leftwich’s heart without becoming entirely narcissistic. Second track ‘More Than Letters’ is a prime example of this with its beauty stemming from the sheer thematic normality and the truly exceptional way that it is expressed. In this way, ‘A Million Miles Out’ reminds me of Bon Iver’s critically acclaimed ‘For Emma, Forever Ago’ due to the fact that it shares the juxtaposed elements of being both isolated and universal at the same time. Everyone can relate to the emotions being portrayed but that doesn’t serve to weaken the intensity of feeling behind the tracks.

‘Maps’ is one of those tracks which shines so brightly that to attempt to deconstruct it would be to do it an injustice; sometimes you need to just listen to a track in order to hear the sheer artistry that it holds within every syllable and every second.

“There is nothing we could say or do, to stop the world tearing us in two” is the opening line to the final track on the EP which despite appearances ends on a hopeful note. The female vocal makes a reappearance on ‘Hole In My Hand’ but it is used more subtly on this track than on “Atlas Hands.” This is the biggest that the sound gets on the EP where moments of delicacy are placed next to moments that are more intense with drums being implemented for the first time. However, the track ends in the simplest way with a single note that rings out to a fade that leaves you at least affected if not changed.

‘A Million Miles Out’ will inevitably draw comparisons with other acoustic artists such as Jose Gonzalez and Iron and Wine but Leftwich deserves more than this. It has been a long time since I have heard something that has genuinely made me stop everything and just listen but that is the impact that Leftwich has; on ‘A Million Miles Out’ every separate aspect of music meets and the result is just exquisite. The EP may only be fifteen minutes but it is fifteen minutes to be loved and cherished.

Pre-order ‘A Million Miles Out’ now at http://itunes.apple.com/gb/preorder/a-million-miles-out/id395433096