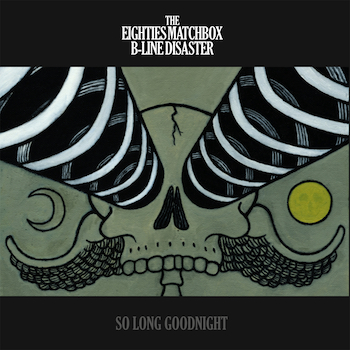 On October 11th, The Eighties Matchbox B-Line Disaster release a new single, ‘So Long, Goodnight’, taken from their third album ‘Blood and Fire’ released earlier this year to great acclaim, after a six year hiatus. The single on Black Records, will be available on vinyl and as a download. ‘So Long, Goodnight’ is the band’s first ever ballad.

“To me it really reminds me of the whole Beat Generation mentality,” frontman Guy McKnight explains, “and how that filtered down through folk, someone like Bob Dylan, which then transformed into rock music and how that whole beat generation philosophy is basically a strain of proto-punk. ‘So Long, Goodnight’ reminds me of a road movie. It’s definitely an anti-hero ballad.”

A remix of the song, by White Lies, is available to download for free now from: http://www.musicglue.com/theeightiesmatchboxblinedisaster

A video for the track will appear online shortly.

Catch the band on tour this month at the following venues:

The Wombats – Karaoke from the fans