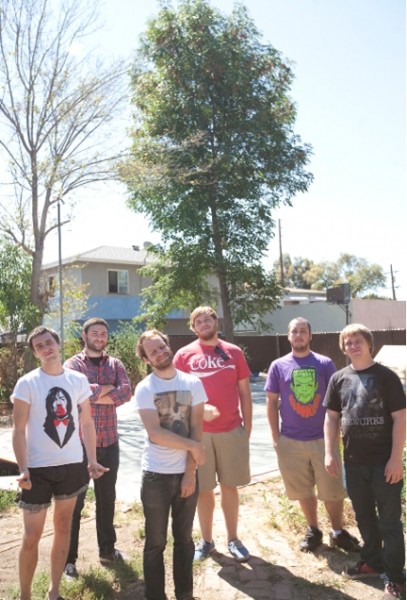 Philadelphia’s The Wonder Years are the latest act to be added to the Kerrang! Relentless Energy Tour which will traverse the UK and Ireland in February next year. The band will open up the bill which also features Good Charlotte, Four Year Strong and Framing Hanley. No strangers to these shores, The Wonder Years have previously made their way over to the UK completely under their own steam several times, playing self-booked tours and immersing themselves in the UK scene. Most recently they supported Four Year Strong and played to overflowing rooms at the Slam Dunk Festivals this year.

To coincide with the UK release of The Wonder Years’ album ‘The Upsides’, the band have also unveiled their new music video for ‘Melrose Diner’. Directed by Steven Penta and shot in Long Island, NY with a real backyard wrestling league called the BAW (Bad Ass Wrestling), it stars Charlie Saxton, of HBO’s series Hung as the main character – The Lone Wolf. Clearly the underdog in the situation, The Lone Wolf overcomes some serious obstacles in this backyard wrestling scenario which also features the members of The Wonder Years.

Check out the raucous video and make sure you catch the band on tour in February.