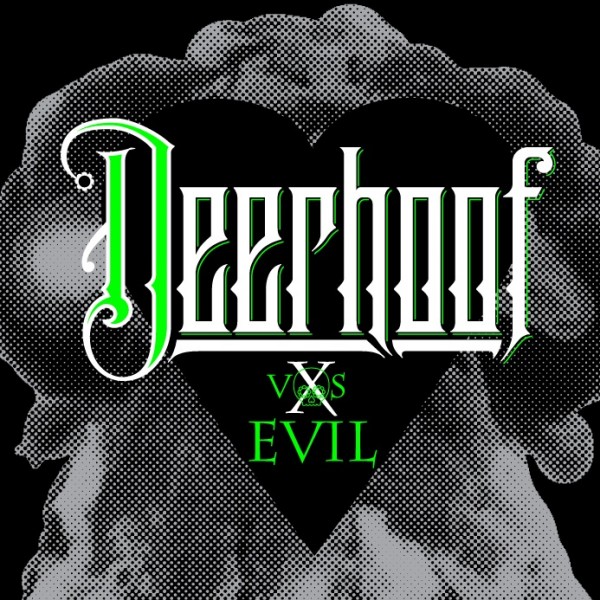 Remember what it was like to turn 16? No one could tell you what to do.
You were a force to be reckoned with – filled with the undeniable feeling
that you could take on anything and win.

Having formed in 1994, Deerhoof is now that fateful age and by rites it’s
the band’s turn to go out and challenge the world. The same way a rebellious
adolescent turns tough and irrational, Greg Saunier, Ed Rodriguez, John
Dieterich, and Satomi Matsuzaki just up and split from San Francisco, the
only home they’ve ever known as a band, and left behind all notions of what
a “Deerhoof record sounds like.”

The result is Deerhoof vs. Evil (the bands 11th album). The musical
equivalent of hormones raging out of control, it explodes out of the
speakers with its gawky triumph and inflamed sentimentality. These are songs
that practically demand that you dance and sing along (however elastic the
rhythms, or abrupt the melodies). Right from Qui Dorm, Només Somia (sung
in Catalan), it’s evident that Deerhoof aren’t afraid to take chances
(critics be damned).

To document their musical “coming-of-age” the band members could only trust
themselves. Besides their cover of an obscure Greek film soundtrack
instrumental (“Let’s Dance the Jet”), and a song done for NY artist Adam
Pendleton’s documentary film installation BAND (“I Did Crimes for You”),
these songs were completely self-recorded, mixed and mastered in practice
spaces and basements with no engineers or outside input.

Ironically the result is polished, blissfully exuberant, and huge-sounding.
Going DIY meant freedom to reinvent themselves, playing each others’
instruments, altering those instruments so drastically as to be
unrecognisable, (those aren’t Joanna Newsom or Konono No. 1 samples, those
are John and Ed’s guitars), and generally splashing their sonic colours into
the most unexpected combinations.

Deerhoof Vs Evil will be available on CD, limited edition pink vinyl and
download. Pre-order packages in the UK for Deerhoof vs. Evil will be
announced very soon at http://www.atpfestival.com. Visit the ATP Recordings
website for more: http://www.atprecordings.com. Its going to be a Sweet
16!

DEERHOOF Announce New Single ‘BEHOLD A MARVEL IN THE DARKNESS’, Reis... 16 May 2011 | aaamusic