Metals. Like their name, on its sleek, gleaming surface the music of this Australian duo has an air of the cold and clinical about it thanks to the android beats of producer Digital Primate (aka Melbourne-based Christopher Coe). Injected with some soul from singer Candice Butler however, and you have the perfect symbiosis of man and machine; chrome sounds covered in lipstick kisses.

Debut single ‘Drop Your Guard’ builds upon the foundation of a guitar riff to create a crisp electro-rock banger that could go toe-to-toe with any artist out there. With Digital Primate offering a delicious serving of neon beats, bass-heavy garage and distorted guitar licks and Candice Butler’s savvy rhymes, evocative vocals and political musings, ‘Drop Your Guard’ showcases Metals’ edgy, fuel driven sound that refuses to be pigeon-holed.

Box Wars is the embodiment of both art and destruction. A spark of imagination has become an enduring testament to ingenuity and resourcefulness. A network of cardboard warriors who are engaged in a struggle for the liberty of corrugated creativity

For Candice, Metals is the perfect outlet to come out snarling; a chance to explore her Jeykll & Hyde personality that in the flesh is sweetness personified but icily ferocious with a mic in her hand. For Chris it offers a chance to create something beyond “the restrictive false-happiness of dance music – but mainly to play live bass like Peter Hook. Low slung all the way.”

“We’re very serious about what we do – and politics plays a part in this band – but we don’t want to be too self-conscious,” says Christopher. “There’s a lot of cheekiness involved in the live show. The perfection lies in the imperfection.”

Metals utilise modern technology then, but know that it is ultimately meaningless without those distinctly human qualities to drive it along: anger, passion, rage, desire. Peel back the chrome plating of Metal’s exterior and you’ll find a big beating heart. They are an utterly 21st century band in all respects.

“Genre-wise, we’ve been called techno-rock-rap-soul, which really is just naming four disparate genres, and kind of lazy,” sighs Candice. “So we came up with a far better description of our own: ‘A robot android in search of the perfect beat and hip-hop diva biatch venting on the mic = Metals. That is all.’ 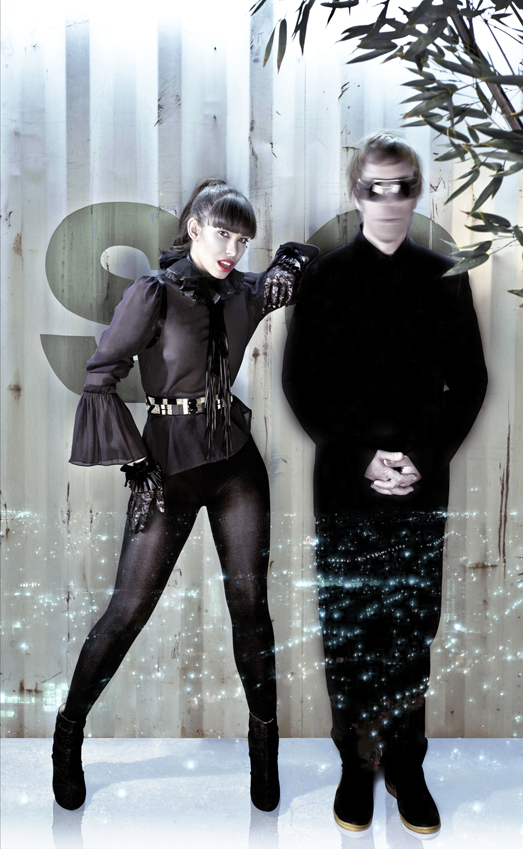