The Good Gods! are a four piece indie-pop outfit fronted by the dulcet toned Tom Hatred, a man who has previously appeared on Noah & The Whale’s debut album.  With the release of 2 utterly fantastic videos, and debut single ‘Lying On Our Bright Red Backs’ it has been said The Good Gods! are..

‘One of 2010s most intriguing new acts’ – Artrocker

‘Nothing short of excellent’ – There Goes The Fear

The band have just announced details of a splendid, hand-made EP available completely for free.  Called the F.T.E.P, you simply need to sign up to the bands mailing list at the www.thegoodgods.com to receive a made to order, personalised EP in the post, made from the pages of the Financial Times: 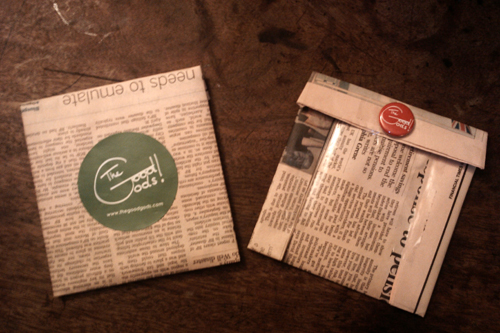