Harper Simon will be playing his first London show with a full band at Bush Hall on Thursday, November 18th.

Tickets can be bought here.

Harper Simon has been touring throughout Europe and North America since the release of his critically acclaimed self-titled debut in Spring 2010 (PIAS). Receiving widespread praise and support, Harper has been championed by everyone from BBC Radio 2 to Mojo. Having played his own headline UK shows, Brighton’s Great Escape Festival, Cambridge Folk Festival, and Leicester’s Summer Sundae Weekender, not to mention having opened for Kris Kristofferson, Tori Amos and Marianne Faithfull and  played at the Aarhus Festival in Denmark, he now returns to the UK with his full band.

Released in April, Simon’s eponymous debut won plaudits across the board for its taut songcraft. It was recorded in Nashville, New York and Los Angeles with the help of an impressive and decidedly eclectic, multigenerational group of musical collaborators – famed producer Bob Johnston (the man behind classic recordings from Bob Dylan, Johnny Cash and Leonard Cohen), an all-star group of veteran first-call Nashville session players, an impressive group of contemporary young singer-songwriters and musicians, friends, and yes even Harper’s own father, the legendary Paul Simon.

But for all the crucial musical support he received from so many great artists, Simon himself is everywhere on this debut album. He sings most of the gorgeous and evocative harmonies and plays the lion’s share of the stunning guitar parts, as well as co-arranging both the string and horn arrangements, which bring unforgettable musical shading to the album. He has taken time and care to make an album built to last. And this is only the beginning.

Watch the video of ‘Berkeley Girl”, the second single taken from the album: 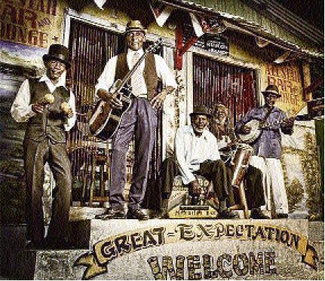