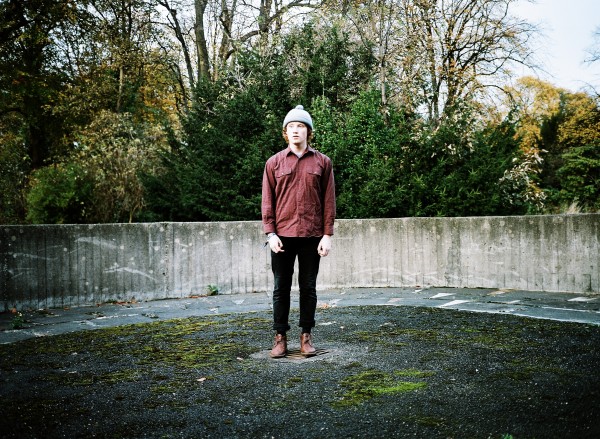 “One of the most exciting new UK bands around” Vice

Louis Jones, the musician behind Spectrals has just released his debut EP through Moshi Moshi Records; entitled ‘Spectrals Extended Play’, the EP is a collection of new and previously unreleased songs.

From the town of Heckmondwike, 10 miles south-west from Leeds, Louis is softly spoken with a shock of ginger hair. Brought up of a mixture of 60 & 70s soul, motown and doo-wop, Spectrals’ influences include Phil Spector (hence the name), Diana Ross & The Supremes, The Isley Brothers alongside garage rock.

Having previously released singles with Captured Tracks (Dum Dum Girls, Wild Nothing, Ganglians), Suplex Cassettes(Teeth!!!) and Tough Love Records (Health, Male Bonding, Becoming Real), the ‘Spectrals Extended Play’ shows a progression in Louis’ music. Recorded completely on analogue in a local studio, there is a notable difference in the production on the EP and his previous bedroom-esq recordings.

‘Spectrals Extended Play’ shows the two sides that make up Louis’ music; the more dreamy, 70’s inspired tracks like the wondrous, ‘I Ran With Love But I Couldn’t Keep Up’ contrast with the more upbeat, rock ‘n’ roll sound found on current single ‘Peppermint’(out now via Moshi Moshi’s Singles Club) and on the bluesy opener ‘Dip Your Toe In’, which was recorded on an acoustic guitar and reflects Louis’ love of 60s garage. Spectrals combine classic 50s song writing – all the songs are about love – with understated melodies plus the addition of Louis’ drawl to create woozily melancholic pop songs.

Spectrals are also featured on Huw Stephens‘ new compilation ‘Music Sounds Better With Huw 2′, have recently released an alternate version of ‘7th Date’ for a 7″ with Slumberland Records (The Pains of Being Pure at Heart, The Bats) and are currently working on their debut album.