R.E.M.’s new DVD ‘Live From Austin, TX’ to be released on November 22nd 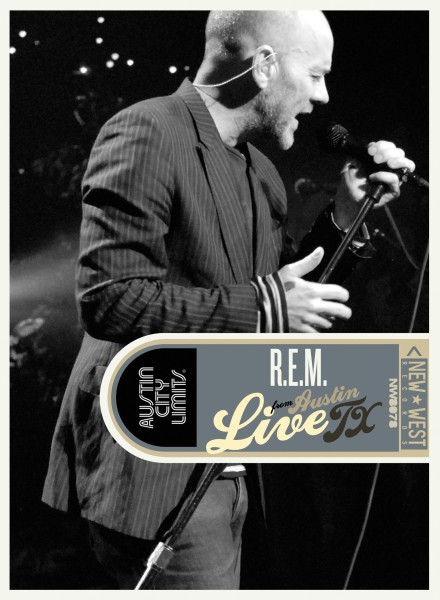 Extended Performance DVD Of R.E.M.s Austin City Limits Debut In High Definition, Including Hits Losing My Religion And Man On The Moon. Plus Never Been Seen Footage

The 17 songs have been re-mixed and re-mastered in LPCM stereo and DTS-HD 5.1 surround sound to provide the highest-quality concert DVD available. Recorded on March 13, 2008, R.E.M. Live From Austin, TX, captures R.E.Ms debut ACL appearance. The performance features more than an hour of songs spanning the entire career of these Rock N Roll and Georgia Music Hall Of Fame inductees. It includes songs from their most recent album, Accelerate, as well as such classic hits as Losing My Religion and Man On The Moon.

Their ACL appearance captures R.E.M. at a pivotal moment in their career, still breaking new ground, and still doing it their way, raves ACL producer Terry Lickona. Austin City Limits, the longest-running music show in American television, will re-air the original broadcast of the performance on November 27th, 2010. R.E.M. are in the studio putting the finishing touches on their latest studio album due out Spring 2011 on Warner Bros. Records.

1. Living Well Is The Best Revenge

4. So. Central Rain (previously not broadcast)

6. Fall On Me (previously not broadcast)

15. Imitation Of Life (previously not broadcast)