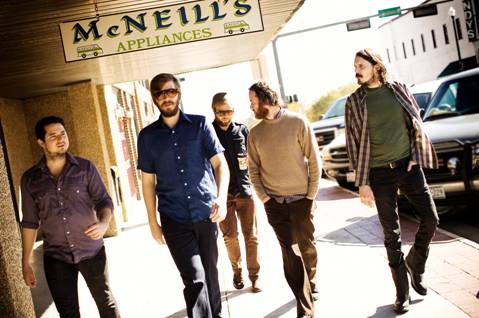 MIDLAKE cap their hugely successful year with a much-anticipated UK tour that begins on Sunday and includes a sold-out show at the Roundhouse next week… Midlake will also be making their first ever appearance on LATER WITH JOOLS HOLLAND early next month, appearing on Tuesday 9th and Friday 12th November… Upcoming UK live info below…

“a dose of musical magic: a slow-building, minor-chord madrigal that transports the listener back to a time when albums had the power to strengthen and heal… A classic”

“This is bold, ambitious, captivating stuff”

“The Southerners’ monumental third is a little hippy, a lot heavy”

“A palette of folk music colours combine to evoke a beautiful air of desolation.”

“A unique and intensely moving album.”

“The Courage of Others is a peach of a record.”

“Midlake have used the wide open spaces of their home state to nurture a singularly haunted and hypnotic music… droning chords, rolling circular harmonies and mournful guitars weave a spell.”

“as immersively melancholy as you can get… gorgeous”

“There’s so much beauty here… forlorn, gentle and totally absorbing.”