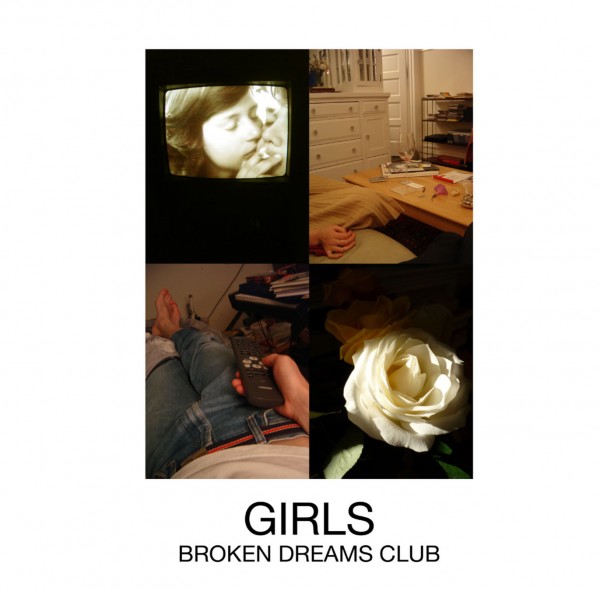 Having toured their acclaimed debut album ‘Album’ around the globe, San Francisco’s Girls return today with some brand new music.

‘Heartbreaker’ and ‘Carolina’ are taken from ‘Broken Dreams Club’ which will be released today through Fantasytrashcan / Turnstile Music.

As with most things in life, no one can explain it as beautifully as Girls frontman Christopher Owens:

A friend of mine once told me that all great art is inspiration and then just a lot of hard work. He’s a famous artist and used to say this to people who would ask him for the secret to his success. As a band we’ve come to learn that this is true. We’ve been welcomed with open arms by so many of you over the last year or so that in turn we’ve spent all our time fulfilling invitations to play live everywhere around the world. Each time we thought we should give it a rest we would get another offer we just couldn’t refuse – who wouldn’t want to go to Japan and play with The Smashing Pumpkins, or Julian Casablancas in the south of France?

It’s true that when you give love you will receive love and it was only because of the love that we’ve received from our fans that we have been able to drastically improve the quality of our work. This record is a letter of intent, it’s a snapshot of the horizon. We took the money we’ve made on tour and worked with the kind of equipment and musicians that would have been too expensive for us in the past. All of us have something to say and give and this is what happens when we show a little interest and support in others. We couldn’t have made this record without you. So this is our gift to you, our way of saying thank you for giving us the chance to work at the level we’ve always wanted to and a taste of things to come.
We really couldn’t have done this record without each one of you. This isn’t Girls all grown up, but it’s certainly the next step up from Album. This is Broken Dreams Club – a record from our hearts to yours.
This is your new record as much as ours. Thank you for this opportunity and as always, thank you for listening. – Christopher Owens

‘Broken Dreams Club’ will be available on CD, vinyl and digital download.