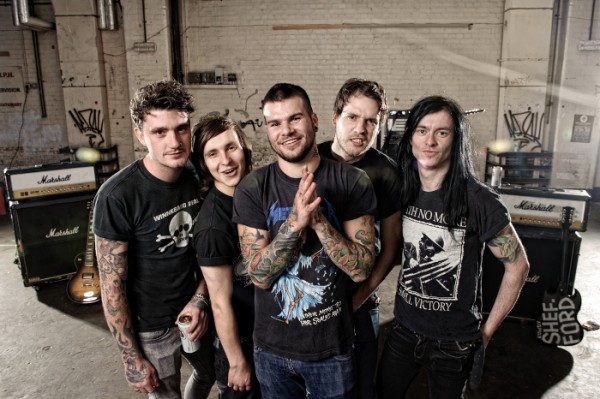 Receiving rave reviews from critics (KKKK – Kerrang, 8/10 Rocksound, 4/5 NME etc) the band were set to launch their album at London’s Old Street venue South Of The Border. By a stroke of terrible luck, Old Street was hit by a power cut, causing the Pride Of Nowhere album launch show to be cancelled. This was a sign of things to come.

2 months later, with a list of tour dates as long as your arm, including scheduled appearances at Boardmasters Festival in Newquay, all the way back up the UK for their first ever headline shows in Scotland… Vocalist Lethal quits the band. Via text message. And has never been seen again.

Word soon got out, and before audition requests could even be answered, a man by the name of Ben Mills (formerly of Essex hardcore band The Takeover) had emerged as favourite for the job. His credentials for the job were only strengthened when on his first meeting with the other 4 Smoking Hearts, he drunkenly stumbled backwards in to a baby’s pushchair*. Thankfully the pushchair was empty.

This was seen as proof that maybe luck was changing for The Smoking Hearts.

So, Ladies and Gentlemen… The Smoking Hearts are:

The Smoking Hearts will be making their live return on December 18th, at Club 85 in Hitchin.

* NO BABIES WERE HARMED IN THE RECRUITMENT OF THIS VOCALIST.