To Bury A Ghost – The Hurt Kingdom 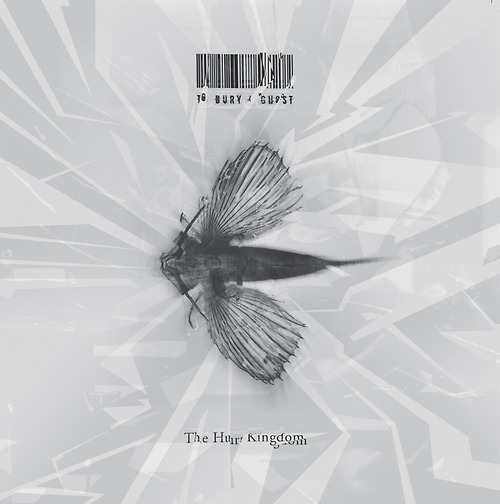 There are times where you feel that an album has been written, composed and played entirely for you. Not necessarily due to matches in taste or identifying with lyrics, but due to some sublime yet eerie intimacy that cannot be fully explained. This is most definitely the case with To Bury A Ghost’s new EP, ‘The Hurt Kingdom’. With its glacial, classically-leaning take on post-punk pop, it could easily alienate listeners, but instead the listener is offered a bleak yet soothing embrace.

‘Birthday’ epitomises the epic nature of To Bury A Ghost’s slightly pretentious music: the instrumentation is varied and lushly composed, with a brass fanfare buildup backed up by clanging dance drumbeat, leading into the softest, most mournful piano-driven rock ballad. Throw in a heavy bassline and emphatically tuneful vocals of the Thom Yorke/Matt Bellamy school, and you have the surface of the track. However, its five minutes seems to span several “movements” as it were, each with a similar sound yet subtle nuances in melody and mood, some fluttering and string-driven, others more overtly rock. ‘The Jaws Of Love’ likewise blends the bliss of acoustic pop with an ethereal, fluttering string section and some softly menacing ambient keyboards to create something that bleeds into the listener’s bones with a simultaneous chill and caress that builds to a climax.

The band seem to almost be arguing their own sonic diversity with the abrasive guitar squall of ‘Coming Up For Air’, a pseudo-industrial cascade of Mogwai-esque dark atmosphere, the falsetto vocals adding an urgent push to the deeply sinister soundscape.

To say that ‘Beginning Is The End’ – another expansive track – is a soul-wrenching piece of music would be an understatement. The opening, with its echoing guitar melody and slow drum march, all layered between ambient soundscaping, is beautiful and yet with an uncanny valley unease in its enthralling heart. The effect is not quite Godspeed You! Black Emperor but decidedly close, albeit with a sense of the pop hook, leading to a sublimely-paced fadeout.

But then… then it all goes awry with a dance remix of ‘Coming Up For Air’. Admittedly, the off-kilter rhythm games here are worthy of praise, as is the reworking of the bassline, but the track is ultimately superfluous and out of place.

I would say that if it weren’t for the inclusion of the remix, I would laud this album as a gem amongst the scenes of the pretentious art-rock and post-rock types. It is chilling yet enticing, and brings together agitated pop mannerisms with some truly beautiful and cinematic orchestration. To Bury A Ghost are perhaps a little pretentious for one camp and too rock for the other, but wherever they stand, there is no denying that what they craft is a beautifully measured and subtly grand world of their own that I would recommend to fans of both Radiohead and Sigur Rós equally.