HMV in partnership with its live music division, MAMA Group, are delighted to announce the phase-1 line-up and venue details of their hmv Next Big Thing annual music festival, which, with the valued support of Ted Baker and Gaymers Cider and media partners Time Out and Xfm, aims to showcase and celebrate the very best new and emerging talent drawn from all genres across the music spectrum tipped to make it big or to breakthrough in 2011.

The second hmv Next Big Thing festival will run for over a week between 4th – 13th February 2011 at six HMV/MAMA-owned venues in London: the Borderline, Camden Barfly, Heaven, the Jazz Café, the Relentless Garage and Upstairs at the Relentless Garage, while, in an exciting development, it will also be staged outside of the Capital for the first time with gigs at Birmingham’s hmvInstitute and at the hmv Picturehouse in Edinburgh.

Each venue will host up to three acts per night and, in keeping with the remit of introducing new music to as many people as possible, entry to the gigs and label nights will be for the bargain price of a flat £10 (incl. booking fee), whoever the artist and whichever the venue.

After last year’s successful launch, which saw some eighty breakthrough artists perform live, including the likes of Ellie Goulding, Professor Green, Marina and the Diamonds, Paloma Faith, Eliza Doolittle and You Me At Six, the hmv Next Big Thing festival is growing in size, with the promoters expecting to showcase well over one hundred new acts this time around, including many people’s tips for major breakthrough success in 2011 –
Clare Maguire, Fenech-Soler, Dutch Uncles and Lauren Pritchard.

Tickets are again priced just £10 (no booking fee), and will go on general sale at 9.00am, Friday, 3rd December, with 3 ways to buy: Online at www.hmvnextbigthing.com; by phone to the hmvtickets call centre on 0843 221 0100 or in person at hmvtickets box offices at selected HMV stores nationwide. 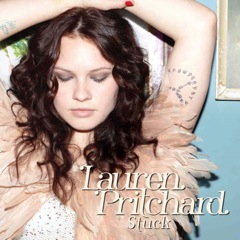 The Wombats – Jump Into The Fog announced as new single